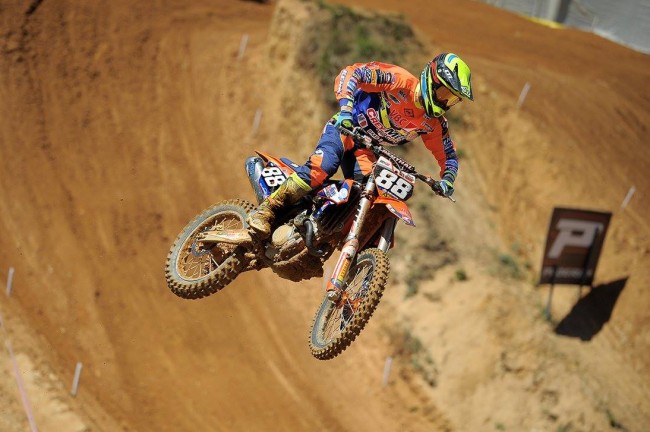 During the second MX2 moto at the Zwarte Festival which hosted the last round of the Dutch Masters series, Freek van der Vlist took a heavy fall.

Unfortunately it has since been revealed that he has broken his collarbone. The CreyMert KTM rider will now miss round thirteen of the MX2 series in Loket this weekend.

It remains to be seen how long the Dutch rider will be out of action for but he will probably be in a race against time to make it to Lommel for round fourteen in the deep sand.

Van der Vlist currently sits twenty-sixth in the MX2 World Championship as he has fifty-two points to his name and the injury is another setback. Hopefully he will heal up soon and be back at the races soon.