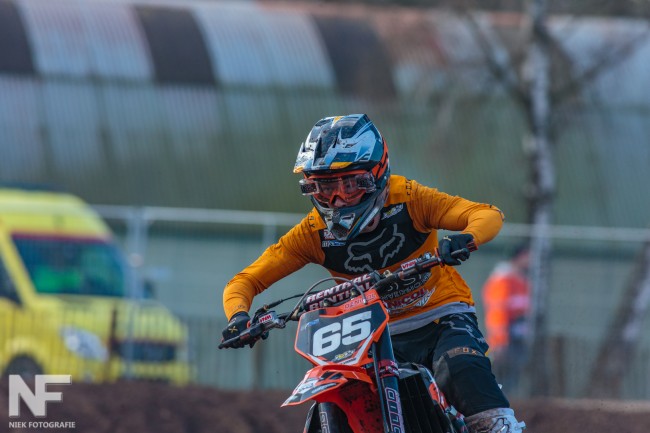 Young Belgian rider, Wannes Van de Voorde has decided to make the permanent switch up to the 250cc.

Despite feeling like he had a really strong winter, the Belgian has struggled at the first rounds of the EMX125 series and says it’s a mental problem.

“After a bad 2018 with a lot of issues I got to work together with Tom Steensel and decided too make an awesome last year on the 125cc. We moved to Lommel and everyone did what they can because we know I have the speed and endurance, we trained the whole winter with the bike psychically. I was assisted by Marvin van Daele from msf, the feeling was really good and the speed was there! We got a really good preparation, the bikes were good, the setup was great and everything went really good on the training’s”, commented Van de Voorde.

Due to a tough start to the EMX125 season, the Belgian together with his team have decided to make the permanent switch to the 250cc where he can build for the future and hope to overcome the mental problem he’s suffering from at the races.

“Then the first EMX125 came up and I didn’t qualify, like last year I can’t get the speed and feeling at the races like I have on during training.  Mentally it was really hard but everyone still believed in it so me went to Arco where last year i rode for a P9 but again I couldn’t qualifying and Mantova was even more of a disaster. The disappointment and frustration was really big like last year, it’s a mental block for me and something happens on the races I can’t explain, mentally it was really tough so we thought about everything financially and mentally. I’ve just decided to stop with the 125cc and go on the 250 and slowly build up again having more fun and trying to get past that mental block. I’m still with the same team and with the same people and I am really thankful to them. We will see how it goes and what the future brings”, added Van de Voorde.