Van de Ven wins at home and takes the red plate in WMX! 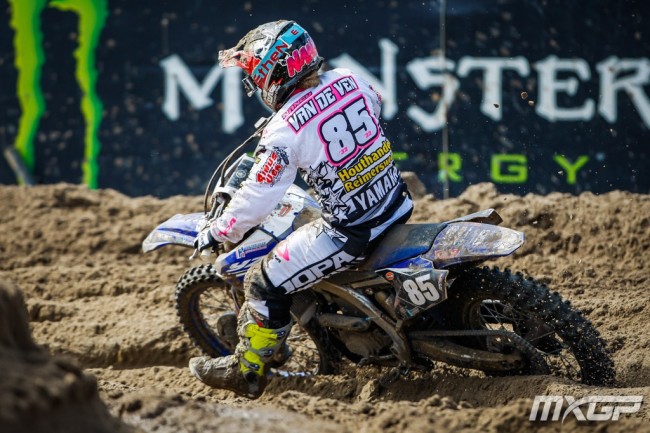 Kiwi Courtney Duncan had a five point lead (173 points) over Lancelot, Fontanesi, and Van De Ven who, unbelievably, were all on 168 points going into what was a nerve-jangling moto for everyone involved. But it was Nancy Van De Ven who came through to win overall and take the red plate in front of the home crowd!

The Dutch woman got into the lead and cleared off but all eyes were on the battle for second. Duncan fought her way into third after a long battle with Lancelot and the duo then closed down Fontanesi for second. But with two laps to go she went down and with it she lost the red plate.

But it was a dream come true for Van De Ven who will now lead the championship as they head to the final round in France, but only five points separate the top four in the series!