Vaessen breaks collarbone at Lommel – but finishes the moto! 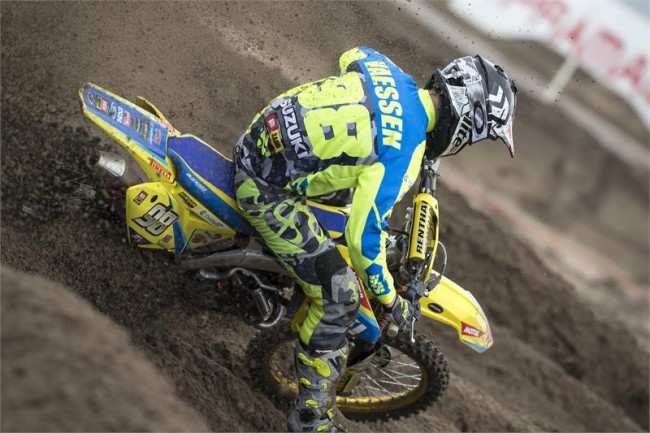 Brave Bas Vassen got up after a crash on lap one of moto one at Lommel and raced the entire moto with a broken collarbone!

The young Dutchman lost two positions in the last two laps de to the pain but still scored a point!

Vaessen has had a good season in his rookie MX2 year, and would have been hoping for good results in lommel in his favourite sand conditions.

See what Vaessen had to say about his painful day at Lommel here:

Most people will know by now but my weekend in lommel didn't go to plan and ended with a broken collarbone… felt good on the track all weekend and was pumped to lay some good results on the table. Crashed in the start in the first Moto and landed hard on my shoulder and felt a crack allready, still fought back from last to 18 but lost two spots in the last lap due to too much pain and after the Moto went to medical and the told me I that I rode the entire Moto with a broken collarbone. Going to the doctors this week to make a decision about this season and will keep everyone updated. All pics by the @niekkamper