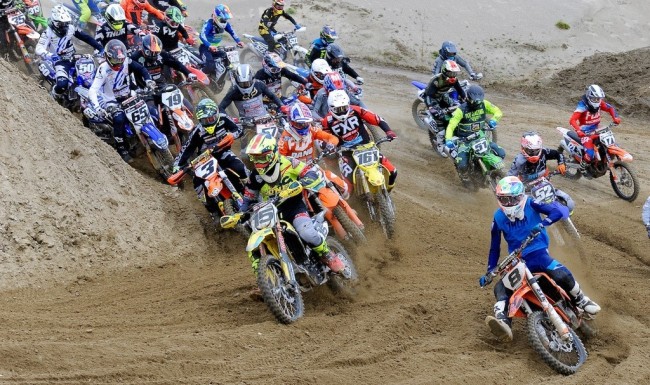 Mourne Motorcycle Club host their second Bank Holiday round of the 2019 Nutt Travel MRA Ulster Motocross Championship at their Seaforde Motocross Park Facility this Saturday 13th July which is the de facto 4th Round after the cancellation of the event at Tinker Hill last month.

At the halfway point Edgar Electrical Wholesale KTM mounted Dundonald man James Mackrel is currently leading the Adair Building Services Premier MX1 class ahead of Loughbrickland Kawasaki mounted brothers Jason Meara 7 adrift  and John Meara 12 behind his younger brother,  2018 champion Richard Bird from Lisburn on his Five5motorsport KTM is 26 behind in fourth and Robert Hamilton from Ballymoney on his Risk Racing KTM, and Jordan McCaw on his KTM also from Ballymoney chase the leaders in fifth and sixth.

In the Sports Insure Premier MX2 class Ballyclare man Martin Barr is 21 points ahead on his Crescent Yamaha of Glenoe rider Glenn McCormick on his Unique Fit Out Husqvarna second, 34 points behind is young Dubliner Jake Sheridan on his KTM, with Jordan Keogh fourth on his Kawasaki and young Bangor rider David Robson fifth on his Risk Racing KTM while Ruari McKeown rounds out the top six.

The Norman Watt Motorcycles Semi-Expert/MX1 class is led convincingly by Aaron Ashton on his Suitor Bros KTM, followed by Donegal youngster Anthony Brown on his similar machine, with Jordan Ashton, Nathan Tannerhill, Lurgan man Gareth Knox and Downpatrick’s Jordan Wade making up the top six , while in the MX2 class two Seaforde men are in charge with Conor Mullan leading the class by 47 points from Nathan Green with young Dollingstown Yamaha rider William McBride 10 adrift of Green in third.

Competition for top places is close in the Robinsons Concrete/CCM Racing Clubman MX1 and Laverty Motocross/CCM Racing MX2 classes, with Lee McGrath leading the MX1 Class by 8 points from Roy McGarvey, with Colin Gordon & Ryan Canning hot on his heels, while MX2 is led by Scott Fisher from Calum Hemphill 21 points behind and Eoin Duffy third 25 behind him.

Bikes will be out on the track from 10am, with the first race to start at 11am. Entry to the event will cost £5 for adults, while children go free and car parking is also free. The track will be signposted from the Ballynahinch to Clough Rd near the Butterfly House.