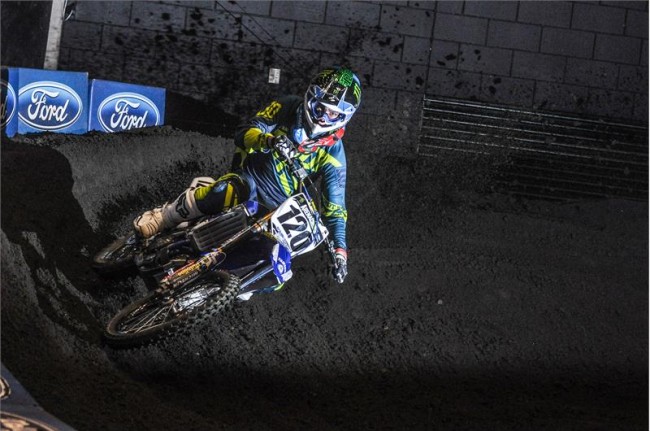 Time for the head to head event, surely Soubeyras couldn’t win another one? He nearly did! He got to the final but the highly motivated Ramette won the final against him gaining an important point for the championship.

Ramette got the holeshot in the main event but it didn’t take long for Soubeyras to sneak past. Ramette then came under pressure from Pellegrini and the Italian past him for second position. Ramette responded though and got him back before Pellegrini crashed in the whoops section.  Pellegrini’s crash left a British fight for the podium between Adam Chatfield and Jack Brunell, Chatfield ended up in third, a good result he has needed! However, Soubeyras just proved to be too good and won by an impressive six seconds – he’s going to take some stopping for the title now!

The series now takes a two week break and will head to Sheffield on the 13th February.