Townley and Hsu return for Suzuki 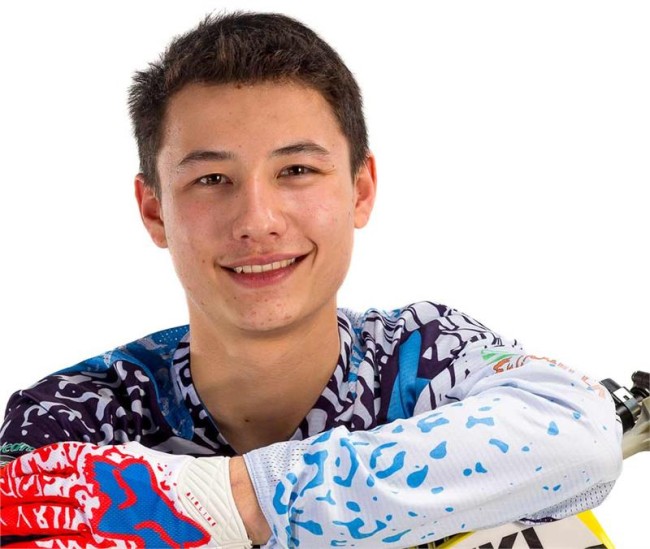 Round 11 of 18 in the 2016 FIM Motocross World Championship sees the Team Suzuki World MXGP and MX2 squads welcoming both Ben Townley and Brian Hsu back into the fold respectively on the works RM-Z450 and RM-Z250 machinery.

Matterley Basin is once again the homing beacon for all native MX and off-road racing fans this weekend with the vast site near Winchester ready to stage the Fullback British Grand Prix for the sixth year in a row.

For Hsu, Matterley represents a long overdue return to the MX2 class. The 18-year-old multi-European and World Champion in junior categories made his debut on the GP stage last season but has had to be patient to begin his first full campaign in the class after needing a substantial period to recover from a broken wrist sustained in the winter. The youngster is finally fit enough to consider rolling into the British start gate and to tackle the wide, quick and flowing English layout.

“This will be my first GP and I’ve only entered two other races and not at full distance yet. So I am not going to Britain with any expectations at all,” he said. “I just want to get out there and see what I can do. Practicing I feel good and we planned to come back earlier but this is the way it has worked out. I am ready, we are ready and I’m excited to be back in MX2.”

Hsu had to delay his ‘active’ status on the RM-Z250 after a recent mishap at the ADAC MX Masters series. Some ‘warm-up’ events didn’t go to plan with a re-aggravation of the injury at round two at Moggers in Austria. “As I won the ADAC last year I have to move up to the 450s,” he explained. “In the second moto and on the second corner in Moggers someone hit me from behind and then I was ridden over by four or five other guys. I hurt the wrist again and broke the two middle fingers on the same hand so I had to sit back and recover again.”

Despite the adversity Hsu is now finally set to take his place next to Jeremy Seewer in the awning and even though he has been missing some testing time on the factory bike he is content with his feeling on the RM-Z. “After four-five months without riding the first time you get on the bike then it feels like everything is new again! Like it was yesterday! So there is always something to improve and work-on in terms of set-up but I am comfortable on the bike.”

Hsu is familiar with the dips and climbs around Matterley Basin and believes the terrain offers a reasonable test for his current condition. “I think Mantova [the Grand Prix of Lombardia, round 12] next week would be tougher,” he mused. “Matterley is a track where you can be smooth and there is not those hard braking and bumps to cope with.”

Team-mate Seewer is second in the MX2 World Championship standings and stretched his advantage over Paul Jonass to 31 points after the Grand Prix of France almost two weeks ago. The Swiss is another one keen to get engines started at Matterley. “I really like that place,” he enthused. “I’ve always had fun riding there and I think it is one of the best tracks for good racing. I’ve won in the European Championship at Matterley Basin and also done well in MX2 so I’m really looking forward to it.”

Another athlete keen to get back in the saddle competitively is Ben Townley. The New Zealander has been riding for almost two weeks to regain some speed and fitness on the RM-Z450 after overcoming a problem with his left wrist. “I’m 100% ‘in’ for Matterley and it’s a really enjoyable track; one of those very modern type of motocross circuits,” said ‘BT’ who rode the course for his country 10 years ago at the Motocross of Nations.

“I’ve been on the bike since the Sunday of St Jean and the French GP and my condition is not perfect but I am slowly getting there. It is a slow process unfortunately and I’ll just have to strap the wrist and do my best,” he added. “My injury was actually the same thing that happened to Kevin. It has improved and it doesn’t affect my riding too much. It is just a matter of getting up to speed.

“I’m looking forward to the UK because the fans are always so vocal and gather in these pockets of support that give any race there such a nice atmosphere,” he continued. “I also have some good friends in England – in the Winchester area in particular – so it will also be good to see them again.”

MXGP team-mate Kevin Strijbos – who has the same damaged capsule problem – is set to try a moto today (Wednesday) after having to sit-out the last round in France. The Belgian wasn’t too optimistic about his fitness and a late call will be made on his participation in the UK.

The weather outlook for the weekend is quite unstable with rain forecast for Saturday and drier conditions on Sunday.