Tough trip to Russia for Evans and Pichon 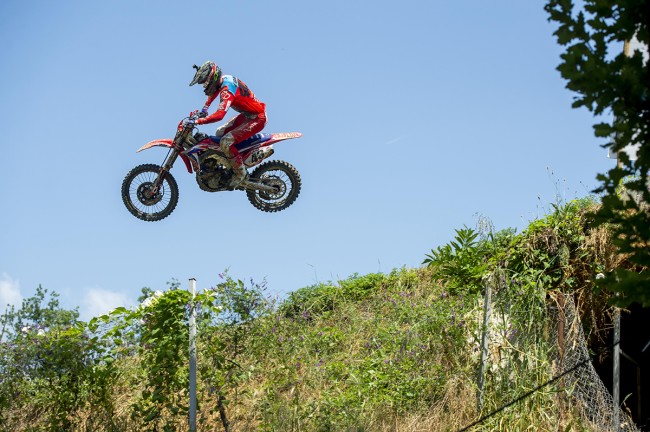 The Honda 114 Motorsports squad made the long trip to Orlyonok for the Grand Prix of Russia, round eight of the 2019 FIM Motocross World Championship, this past weekend. Following a couple of positive outings, Mitchell Evans and Zachary Pichon were eager to continue their run of momentum alongside the Black Sea.

Mitchell Evans got acquainted to the old-school circuit really quickly, despite the fact that this was his first trip to Russia, and secured fourth in the MX2 qualifying race, which obviously enabled him to grab a positive spot on the starting line for the points-paying motos. Evans put that to good use in the first race, as he was fifth at the end of lap one and maintained that spot until the chequered flag waved. The moto marked the fifth time this term that he has finished inside of the top five.

The second moto was not quite as kind to Mitchell Evans, as he started outside of the top fifteen and faced a mountainous task on a track that was tricky to pass on. Evans made progress, despite that, but could only advance to tenth in the thirty-minute stint, which left him in sixth overall on the day. The twenty-seven points that were clinched put him in sixth in the current championship standings, but just two measly points separate him from the rider in fifth.

Zachary Pichon had a very difficult weekend, as a handful of mistakes and issues left him with no points. In the end he was awarded twenty-fifth in the overall classification and now runs twenty-eighth in the current standings, a position that he will be keen to improve on at the next round of the 2019 FIM Motocross World Championship in Latvia. The sandy circuit of Kegums will play host to that event next weekend.