Tough day for Yamaha at the USGP 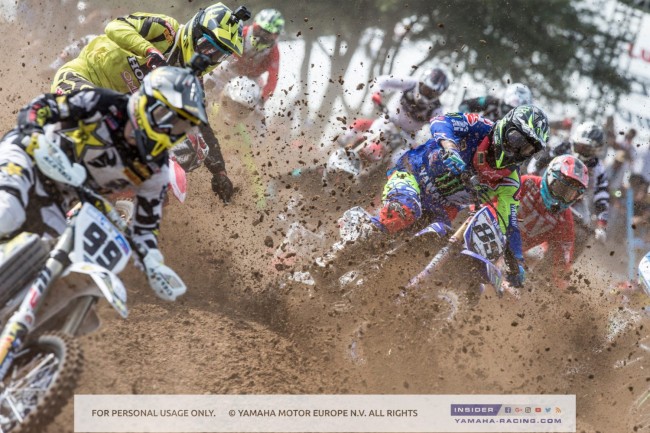 Extreme heat and humidity combined with a tough man-made sand track made the seventeenth round of the FIM Motocross World Championship – which took place in Florida, USA – tougher than expected. Monster Energy Yamaha Factory Racing’s Jeremy Van Horebeek finished ninth after suffering from the effects of the intense heat, while Romain Febvre was forced to withdraw from the Grand Prix following his crash in the opening race.

The Monster Energy MXGP of The USA had unique appeal with the unfamiliar track and location in Jacksonville, Florida being revamped for its maiden Motocross Grand Prix debut. The dirt used to build the track was a unique mix of clay and sand which the riders found difficult to adjust to in the Free and Timed Practice sessions. Although, that didn’t matter too much as the Qualifying Race was the only session yesterday counted for something and both riders put their initial struggles behind them as they chased the series leaders – Jeffrey Herlings and Antonio Cairoli – home for third and fourth respectively.

As a rider that is not a fan of extreme heat, Jeremy Van Horebeek had to do his best to weather the conditions and a poor start to gain ground and positions for tenth place in race one. Romain Febvre got off to a top-four start but was forced to withdraw from the Grand Prix after he fell awkwardly in the early stages of the race.

The stifling hot temperature didn’t relent, in fact the heat and humidity was peaking in Race 2. It was always going to be one of the most demanding races of the season for Van Horebeek after he was ill from heat-exhaustion in race one. Another mediocre start didn’t help his situation, but he managed to soldier on and motored his YZ450FM into ninth place, which is where he finished in the race and for the Grand Prix overall as well.

The next round of the FIM MXGP World Championship will take place next weekend – September 9th and 10th – at the world renowned Dutch TT Ciruit, Assen, The Netherlands

Jeremy Van Horebeek
9th MXGP Overall, 8th MXGP Championship Standings
“Yesterday was not so bad, but today I had two bad starts and ninth and tenth was the maximum I could recover. After every moto I had to throw-up because of the heat and humidity, so it wasn’t nice. I couldn’t give much more today. We just need to focus on the next round in Assen now.”