Top GP riders get their season underway this weekend 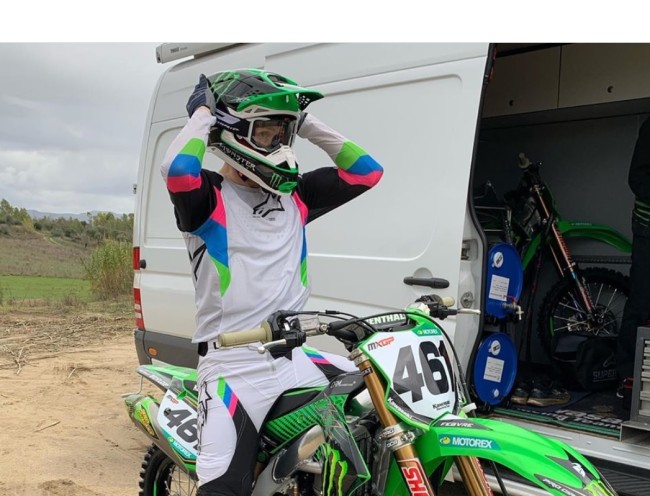 We’re almost there, only four days to go before the first Motocross race of 2020! In Riola Sardo (OR) the preparations are underway for what will be the first of three rounds of the Internazionali d’Italia EICMA Series 2020. The Sardinian round has been under the spotlight for years now and fans, insiders and media, will already seek from Sunday to understand in what conditions the top riders of MXGP and MX2 are and what the values will be on the field in the new championship season.

As always, some of the best riders of the world will fight on the fine infernal sand of Riola and the races will be a delicious preview of what will happen in just over a month in UK. The reigning World Champion of MXGP, Tim Gajser, who in 2016 had chosen Sardinia together with his official Honda HRC team for his debut on the red 450, will be the number one of the premier class and once completed the pre-season tests, he will try to win the race for the first time in his career but he will have to deal with some of the best competitors.

The two riders of the KRT Kawasaki team, Clement Desalle, at the first appearance in Riola and his new teammate Romain Febvre, debutant on the green bike and winner of the 2016 edition in Alghero, will give him a hard time. Even Gautier Paulin, the only rider who has managed to beat Tony Cairoli in an MX1 race in Riola, will try, with the Yamaha of the Monster Energy Yamaha Factory MXGP team, to make a good race, just like his Swiss team mate Jeremy Seewer. Both will take to the track for the first time since the Belgian team took the place of the Rinaldi team, which continues to follow the development of the blue bikes.

The Rockstar Energy Husqvarna Factory Racing team, will be on the starting grid with Arminas Jasikonis and with the rookie of the year 2019 of the MXGP, Pauls Jonass, already a winner in 2015 in MX2 and several times on the podium, will be as always been in the white livery. Both riders from the Baltic countries are specialists on the sandy soils and it is safe to say that they will have their say on the bikes owned by the Formula 1 driver Kimi Raikkonen. Brian Bogers will also defend the orange colours of KTM, riding his 450 SX-F for the Marchetti Racing Team.

In MX1, it’s a debut on the 450 also for Michele Cervellin, who will debut riding the YZF 450 of the SDM Corse team, for Mitch Evans, who moved this year on the 450, alongside Gajser in HRC and for Ivo Monticelli who will be able to race for the first time with the official GasGas with which he and his partner Glen Coldenhoff will compete in the MXGP 2020. The Italian colors in MX2 are represented by Mattia Guadagnini, Morgan Lesiardo and Joakin Furbetta, just to name a few and they will have to deal with riders as Ben Watson, Jago Geerts and Maxime Renaux.

So, let’s meet on January the 26th on the “Le Dune” circuit in Riola Sardo (OR) to find out who will be the rider of the day of the eighth edition of the Sardinian race. For those who cannot follow their idols live on the track, the championship will be broadcast live as always on www.offroadproracing.it (YouTube and FaceBook).