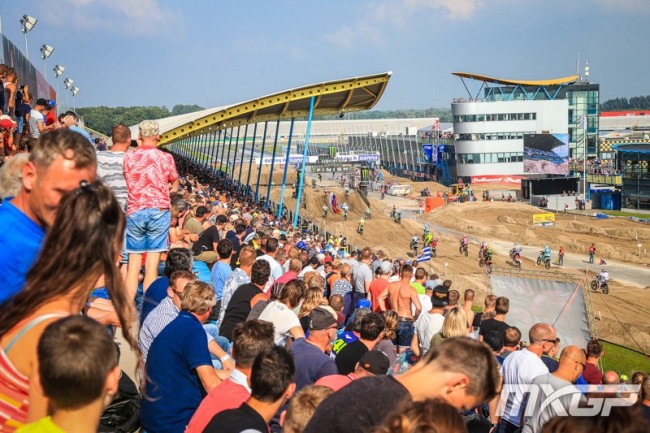 We rate the 10 best motocross races of 2016 with video clips right here.

8 – France MXGP. Febvre and Gajser leave the old guard in their dust in both motos as the championship battle gets intense at St Jean de’Angely.

6 – Febvres’ late race charge to pass Cairoli in Moto 2 at Valkenswaard. You can also watch the entire race from Cairoli’s GoPro here.

5 – Marvin v Dungey at Alanta Supercross. James Stewart (who was getting lapped) also gets quite a lot of credit for the drama in this race as he gets in road of Musquin on the final lap.

4 – Herlings v Webb v Forkner at Charlotte. The highly anticipated battle between the best Mx2 riders in the world. Forkner had made bold predictions before this race and lived up to them. Herlings wins moto 1 and the championship, but it was an emotional Webb who rose to the occasion in front of his home town fans, by riding the race of his life in moto 2.

3 – Cairoli v Gajser at Mantova. Cairoli was carrying a hand injury into this race in Italy, but he was determined to show his home fans that he still has the stuff to beat the new generation. Tony gets aggressive as he tries to hold off Tim Gajser in the best MXGP race of the year.

2 – Ferrandis beats Herlings at Trentino. In an intense bar banging battle the french man fights off Jeffrey Herlings to take the moto 1 victory. This race was made all the more tasty because of bad blood between the pair after round 1, were Herlings complained about Ferrandis riding dangerously.

1 – Motocross of Nations at Maggiora. Every year this race delivers excitement that is unrivaled in any other form of motorsport and in 2016 even Steven Spielberg couldn’t have dreamt up a script like this. The drama starts in moto 2 with a battle between USA’s Jason Anderson and Herlings who was racing the 450 for the first time, then at the finish jump the American gets landed on while celebrating his win! The drama doesn’t let up in the final moto as French, American and Dutch teams battle for the win right up to the final corner!