Tonus: It was not easy to fight for the lead! 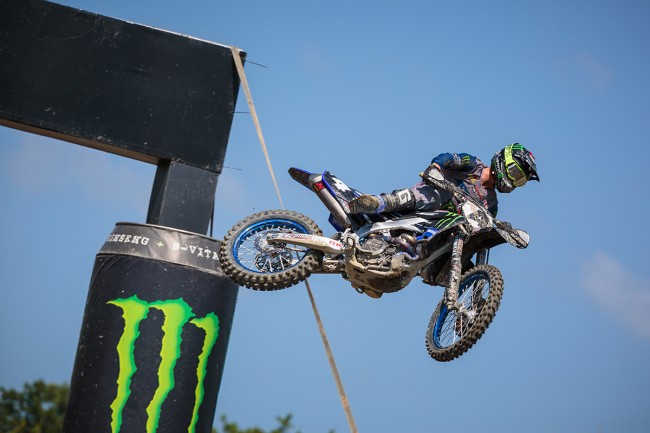 Arnaud Tonus is on a career high right now after securing his third podium in a row with two second places and very nearly winning his first GP in MXGP!

The Wilvo Yamaha man, showcasing his smooth, technical style, caught Tim Gajser in race two and then made his move, only to catch a hay bale that sent him sideways and to the ground, ending his hopes of a win. But Tonus was able to remount and secure second for second overall

Arnaud Tonus: “It was not easy to fight for the lead. I was happy I had some good starts so at the beginning I was already close to Tim [Gajser]. There were not too many opportunities to pass on this track, so I came close, and I went for it, but I ended up making a small mistake. I am happy I tried and was able to recover and still finish second. I am still super thankful to be up here on the podium three times in a row.”

Gautier Paulin didn’t have the same success. The Frenchman had a huge crash in race one on a very fast part of the track and was lucky to get up relatively unscathed and compete in race two, when he came through the field to eighth.

Gautier Paulin: “I had a good Saturday fighting up front. I really felt at my best. In warm up this morning I was feeling good on the bike. I did not have a good start in the first race, but I came through really quickly until I washed the rear-end on one of the jumps and had a big one. It was a really big crash – I hurt my hands a little bit. I came back in the second race and just rode my race. I did not feel good, but I will be back in Latvia and healthier than I am now.”