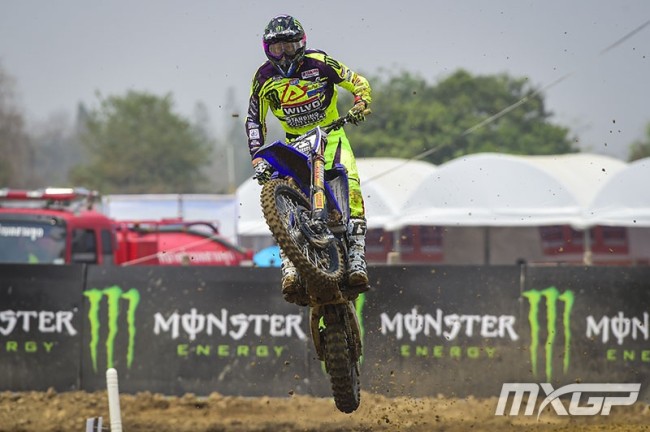 Aleksandr Tonkov has a visa problem which means he can’t get enter Europe. He singed a deal with the factory Kawasaki outfit to contest the MX Nationals in Australia. However, things didn’t work out their and after a few rounds they parted ways.

Tonkov then returned to Russia and competed in the Russian Championship. He was able to win the championship and it’s his first title on the 450.

The future is unclear for the Russia but he will certainly want to get his visa problem sorted out so he can continue his racing career at a higher level.

Tonkov revealed on Instagram that he clinched the Russian title:

After eleven years of racing in Europe it was a great experience to be back racing Russian championship and see all my fans over here thanks everyone who helped me to get my first ever 450 title #stillthere. @estamoto.club @foxracingrussia @fox_nw @foxmoto74 @ride100mx