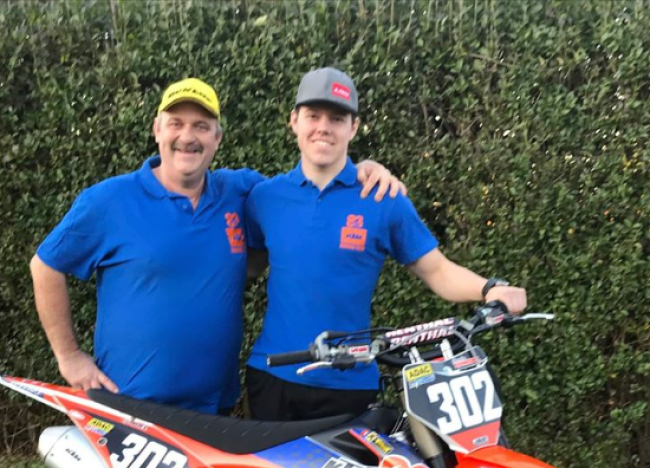 Young Norwegian, Cornelius Tøndel had a breakout season contesting the EMX250 series and as a result has secured a ride for the 2020 season after being a privateer.

Tøndel has signed with the NR83 KTM team ran by Nathan Renkens and the main focus will be on the EMX250 series.

As well as the EMX250 series, the Norwegian will contest the ADAC Youngsters Cup.

Joining Tøndel under the awning will be Martin Venhoda (EMX125), Jason Gerlach (EMX250) and Nathan Renkens who’s decided to race the MX2 World Championship in 2020 instead of MXGP.

“I had my best race in the EMX250 2019 series in Uddevalla and quickly after that NR83 sent me a message asking if I was interested in the last spot in their team. I was sick at the time with a virus I had all summer while racing, and needed at least a few months of rest to get back to training. After some time I jumped on a plane to Brussels and got picked up by Nathan. I had a look and quickly after we decided to to sign the deal”. Tøndel told GateDrop.com.

“Now I have tested the bike and I’m feeling good. Can’t wait for the 2020 season to kick of! My expectations for 2020 is to be a consistent top 10 guy. Last year I was sick all season and didn’t feel like I got to show my potential but still got a top 10 in Uddevalla, the final round of the series. I feel like I have the speed to get into the top 5 and maybe even a podium in 2020. I also want to say thank you to my team, my family and my sponsors for making this possible, couldn’t do it without you”, added Tøndel.