Tommy Searle not heading to America for US GP! 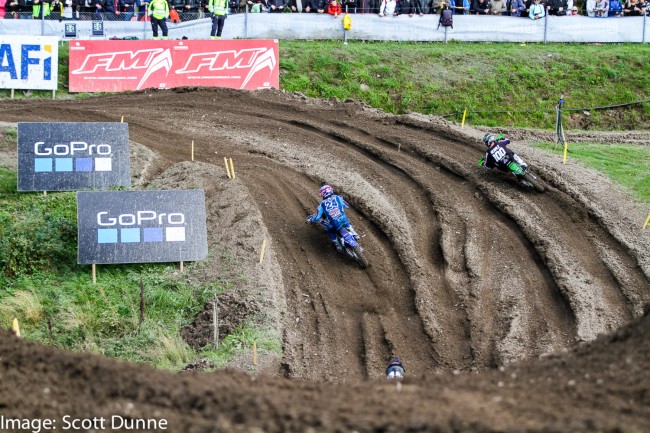 Tommy Searle recently made his return to racing but it’s been confirmed that he won’t be competing at the World Championship round taking place in USA this weekend.

Steve Dixon, the team manager of DRT has confirmed to us he won’t be travelling to America as he will lose bike time he needs to get back up to speed.

“We are concentrating on setup for the 450 and then some time on the 250, nations is priority” Dixon confirmed.

So, instead of racing in America this weekend, Searle will be putting plenty of laps in at the practice tracks and be ready to go for the penultimate round of the MXGP series in Assen.

Searle has showed good speed since making his return to racing as he finished fifteenth and fourteenth overall during the Swiss and Swedish GP’s. He also won the final round of the Maxxis British Championship at Foxhill by winning both moto’s.

Searle will be hoping to end the season strongly at the final two rounds of the MXGP series and at the MXDN where he will be representing team GB in the MX2 class.