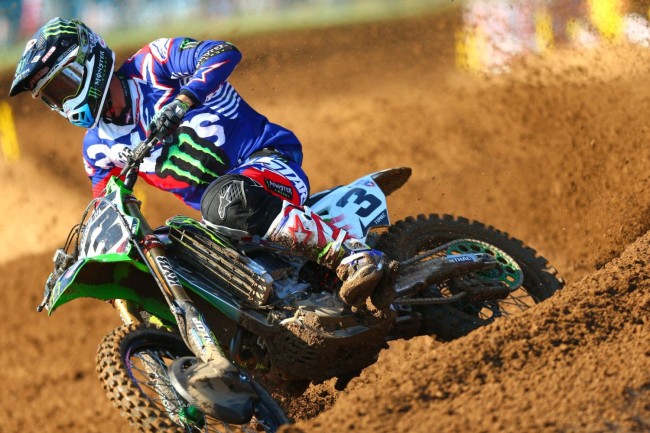 Team America have been hit a blow for the Motocross Des Nations as Eli Tomac has again ruled himself out of the event.

After finishing second at the ninth round of the AMA National series, Tomac confirmed in the press conference that he’s made up his mind and that he won’t be racing at Matterley Basin this year at the biggest event of the year.

Perhaps this isn’t that much of a surprise as he didn’t compete last year either as he blames the schedule. However, at a track that will suit the Americans many thought he would take part this year where they have a good chance of winning.

Not only is it a blow for America but it’s also a shame for the fans as it would have been a chance to see Tomac go head to head with the two best riders in the world – Antonio Cairoli and Jeffrey Herlings.

Of course they will still compete against each other at the US MXGP but it would have been nice to see it at a venue where no rider has a home country advantage as Tomac will have in America.

The American team will now have to think about who to select with Tomac out of the picture. Jason Anderson rode well last year so you would think he has a good chance. Blake baggett and Cooper Webb are also in with a chance of being selected too.

In the post-race press conference, Eli Tomac said he will not race the Motocross of Nations.