Tomac OUT for the season! 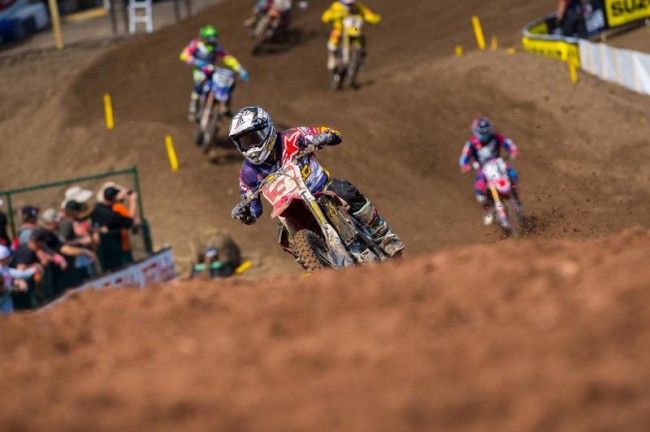 It’s the news Tomac and team USA was dreading. Following his huge crash at Colorado the Geico Honda man will miss the rest of the season as he needs surgery on his left shoulder to fix a torn rotator cuff, the right shoulder that he dislocated may also need surgery.

It makes the issue of the rough tracks an even bigger talking point. In a bid to win the Nations again the tracks have been left rougher but many riders have been complaining the tracks are too dangerous. Now America’s fastest is out for the season after crashing on a rough part of the track, so has the plan worked or has it backfired?

You can read the Geico Honda PR here:

CORONA. Calif. (June 2) — Superstar motocross rider Eli Tomac will miss the rest of the outdoor season following a hard crash Saturday at the Thunder Valley National in Denver that injured both of his shoulders. The GEICO Honda rider had won the first five 450cc class motos of the season and was leading the second race in Denver when he went down on his own in a difficult section of the track.

“Eli was understandably upset when we were talking a little while ago,” team co-owner Jeff Majkrzak said. “Obviously, after the start he’s had, we were all hoping for a championship run. Injuries are an unfortunate part of this sport, and this one is very tough for all of us.”

Majkrzak reports that Tomac’s left shoulder has suffered a 100 percent tear of the rotator cuff, requiring immediate surgery. His right shoulder, which was dislocated in the crash and later put back into place by the Asterisk medical team, will most likely need surgery as well.