Tomac: I was struggling with the pace! 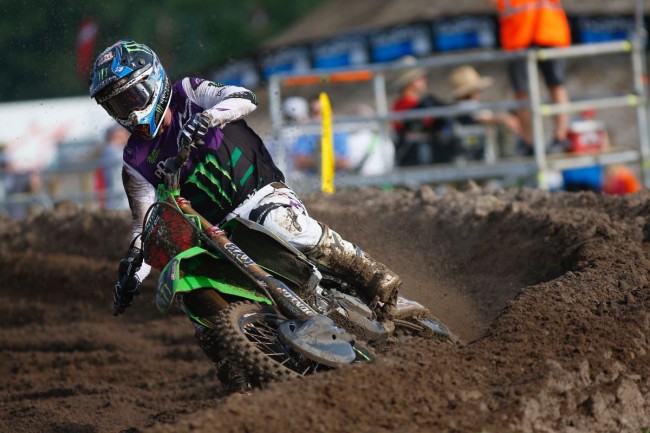 450 championship leader Eli Tomac has spoken about a remarkable change in performance between a race one seventh and a second moto win in round five of the US Nationals in Florida to take second overall.

“It was couple of things, number one a horrible start,” explained Tomac. “I just lit it up in the sand and went nowhere and my effort forward wasn’t really good either, I was struggling with the pace. I made a change from my last practice to the first moto and it wasn’t good at all. I was trying to find the right feeling and didn’t get there,” assessed the honest defending champion.

However, in race two Tomac said he felt much better, “I can’t remember the last time I got a holeshot like that! It was much better, I was riding the bumps a lot better and was lighter on the bike, it was more me.”

Regarding the stifling humidity, Tomac said he has adjusted to riding in the heat much better now than he used to be able too. “It used too (get to me) but now it really doesn’t, I just try to come in as fresh as I can and deal with it. In the past yeah, my first couple of years on a 250 I struggled mentally and probably physically too, now I push through and I’m better with it, today was hot.”

Tomac, who admitted he is a fan of the sand, will face more sand and humidity next weekend at Southwick as he bids to extend his six point lead over Ken Roczen.