Tomac explains why he won’t race the MXDN! 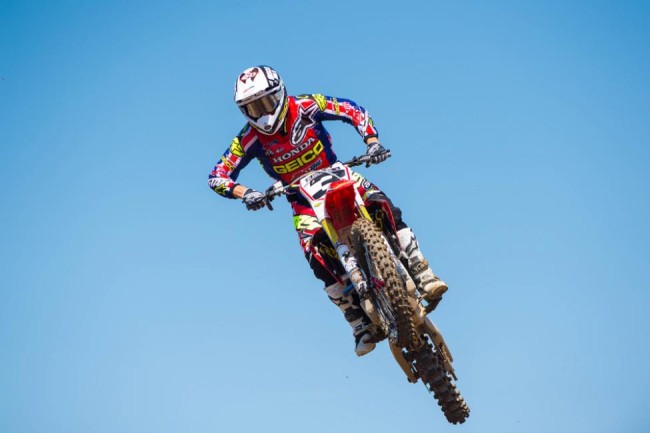 Tomac was asked at the press conference after Washougal if he has thought about the Motocross Des Nations to which he had the following to say.

“Right now, it’s looking like a no. It’s the schedule. We have to go race the USGP and then  we have two weekends off and then we’d have to make our way to England. A couple of weeks after that you have the Monster Energy Cup too. For us and for me, we’ve been racing since the first weekend of January and you’re basically putting yourself through the meat grinder the whole way through the middle of October. So, right now it’s probably a no”.

Tomac was then asked has it frustrated him watching the event at home in the past with America not bringing the trophy home and if he wants to be the difference.

“That’s the bummer part. It’s a super special event but with the schedule now a days it’s a pretty terrible time. I don’t know what to say. With the two series and all the other events, then having the expectation of being a winner throughout the whole year it’s tough. No one is home with you during the week doing the training and the work. That’s when you have to decide where to say no.”

We already highlighted the lack of enthusiasm in America for the event by the US media who are launching a movement to push the race forward just to suit them – and advocating pulling team USA out of the event of they don’t get their way. Read what Steve Matthes and Jason Weigandt said here.

Interestingly, Marvin Musquin who was beside Tomac in the press conference is in the exact same position as Eli Tomac and he’s even been riding a few races with a knee injury throughout the course of the season.

If France pick up the phone to him, it will be interesting if he has the same point of view as Tomac or will he go and represent his country at the biggest Motocross race of the year? It remains to be seen…