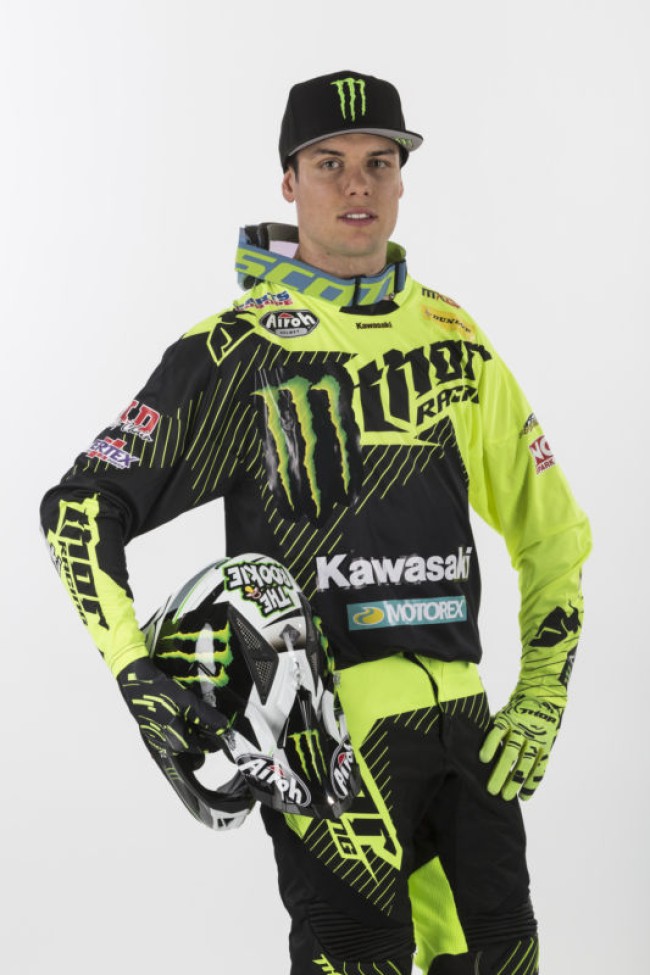 Jordi Tixier will make his MXGP debut for the Monster Energy Kawasaki Racing Team this weekend in the eighth round of the FIM Motocross World Championship at Arco di Trento in Italy.

Injured last August at Mantova, the 2014 MX2 World Champion had to postpone his MXGP debut with the Monster Energy Kawasaki Racing Team due to complications with his wrist injury. The 24 year old Frenchman underwent further surgery earlier this year and was finally given medical clearance to start riding his KX450F-SR in early April. After one month of intensive training, initially on sandy tracks and later on hard pack, Jordi and the team management have agreed to return to GP racing this weekend in Italy. Winner of an international race two weeks ago in France, Jordi is finally back racing in the World Series after eight long months on the sidelines.

Jordi Tixier: “It’s a great feeling to be back again on the bike; that’s my life and it’s so nice to be able to ride again and train as usual! I started riding my Kawasaki for one week in Belgium; it was better to start on sandy tracks but since then I’ve moved on to different locations and even entered an international race in France. The feeling with the KX450F-SR is amazing; we had one week of testing in October before my second surgery and honestly the bike is perfect, I feel so comfortable. I haven’t been racing – apart from the race in France – for eight months now so the first goal for my comeback is to be back behind the gate, finish two GP motos and do my best. For sure I still need to work on my speed; we’ll see after this first experience in Italy what we need to work on to be better in Spain and so on. The goal is to take it step by step, to improve my riding and prepare for 2017 as I already missed seven GPs this season. I can’t wait to be at the gate again!”

Steve Guttridge (Kawasaki Europe Racing Manager): “It’s going to be great to welcome Jordi back into KRT and the MXGP class in Italy this weekend! I’m sure he will feel comfortable very quickly on the KX450F -SR and remind us of his natural ability at the highest level.”

François Lemariey (KRT Team Manager): “We are pleased to see Jordi back racing. It will be his first ever MXGP and it will not be easy after a long recuperation period due to his wrist issue, but for sure he will do his best to grow step by step in the main class.”