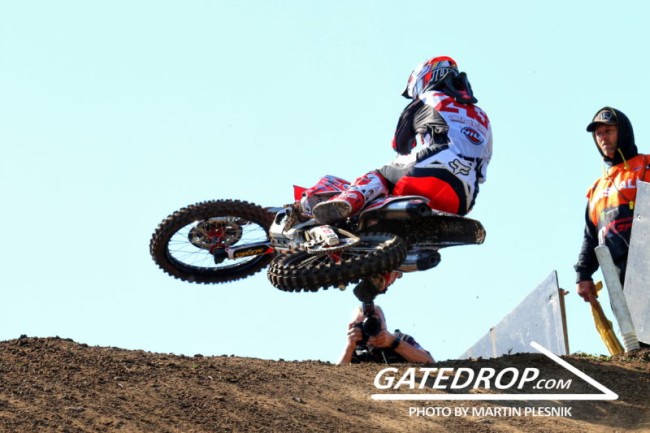 The newly crowned MXGP World Champion, Tim Gajser has just turned twenty last week (8th September 2016). Tim sealed the championship title during the American GP at Charlotte and he is the youngest ever winner of the most prestigious championship in the world!

Jeffrey Herlings loves his records but that is one record he won’t be able to take away from the young Slovenian rider as he goes down in history as the youngest ever MXGP World Champion. The last few years in the MXGP class have provided some great and entertaining racing.

Next year with Jeffrey Herlings racing against Tim Gajser it shouldn’t disappoint and we can look forward to another great season. There is no doubt that Gajser suits the 450 more than the 250 so it should be a lot closer than when they battled in the MX2 class. However, Herlings has a big build too so he should be great on the 450 as well. Let’s not forget about Romain Febvre who will want to prove he wasn’t just a one hit wonder. Antonio Cairoli will want to prove he has plenty left in the tank yet despite getting older and the new generation are starting to take over.

What’s the future hold for Gajser after 2017? It’s no secret that he wants to go to America. However, his team manager, Giacomo Gariboldi confirmed to us that Tim will remain in his team for the next four years! Does this mean that Gariboldi could switch series and run a team in America? Or will Tim not go to America after all? For sure, after the 2017 season expect a lot of speculation on his future. It’s going to be cool to see where the Slovenia’s future lies whether that be in the GP paddock or the AMA paddock.