Tim Edberg – injured and OUT for Valkenswaard 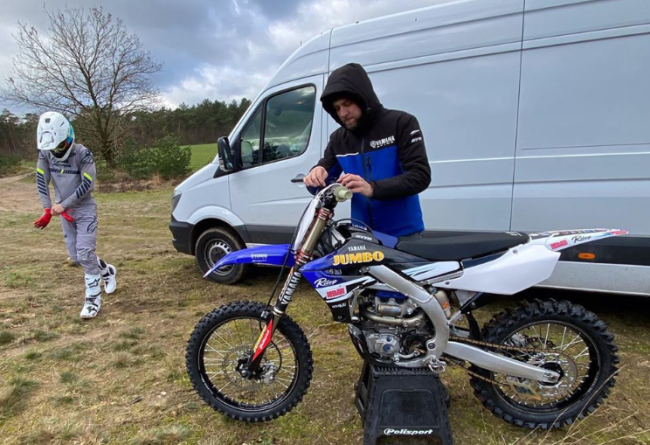 There’s been a big setback for Tim Edberg and his new Riley Racing-Yamaha team.

Last week during the BeTeMo Openingcross in Lommel, the Swede crashed hard. With this crash he suffered two small cracks in the neck vertebra. The Yamaha rider then immediately went home to visit his specialist and three weeks of rest is required.

This means that the 18-year-old rider from Jonkoping will have to miss the first EMX250 race in Valkenswaard. Edberg hopes to be able to make his comeback during the first round of the KNMV Dutch Masters of Motocross and then start his EMX250 season at Arco de Trento.