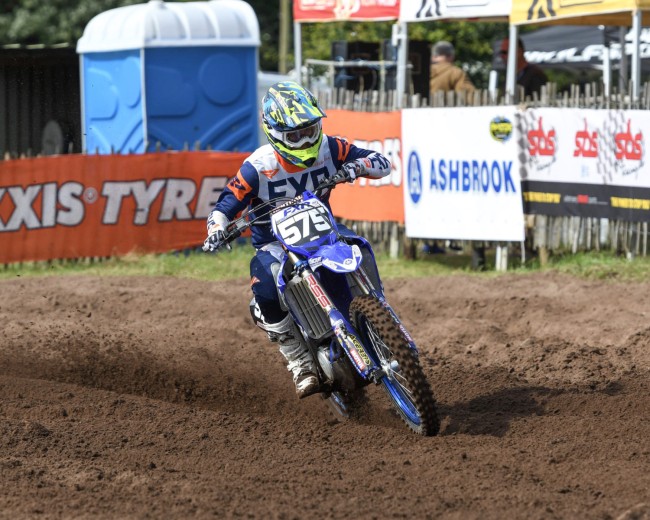 Taylor Hammal’s hold on the Bridgestone British Masters Red Plate will come to an end this weekend as the RHR rider recovers from a broken thumb and wrist he picked up at last week’s Maxxis British Motocross Championships round at Hawkstone Park.

The young racer has been improving week on week and his battles with Martin Barr have been fantastic to watch in the MX2 class this year in all three National Championships, but it is the Bridgestone British Masters where he has really shone, holding the series lead after three excellent rounds.

Team Boss Rob Hooper is hugely disappointed to see Taylor miss out on a chance of a National title and said “It’s so hard on Taylor to miss this crucial point of the season. His speed has been improving week on week as has his confidence and it’s a massive shame he won’t have the opportunity to race this weekend to keep hold of the Red Plate. The fact he managed to finish the race with his injuries last week at Hawkstone is a testament to the lad’s determination, and we hope he will be able to return to the track before the end of the season and that he makes a speedy recovery”.

The team will keep you updated on Taylor’s recovery.