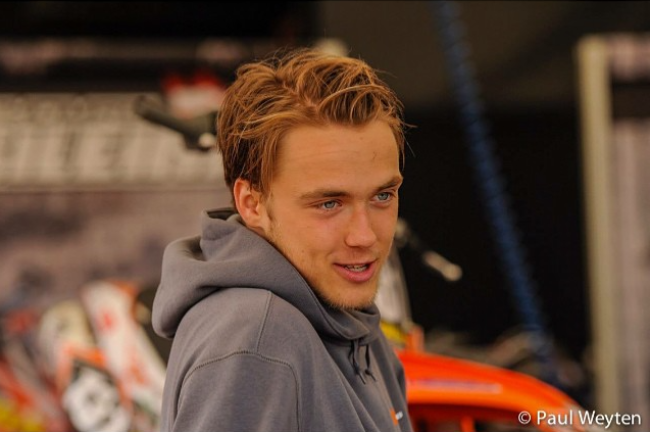 After a few years away from the sport, Thomas Sileika was on the look out for a ride this year and just before the opening EMX250 round at Valkenswaard secured a ride with DIGA Junior KTM for a one off race.

The Latvian’s plans have now been confirmed for the rest of the year as he’s signed a deal with the Raths Motorsport KTM team to contest the ADAC MX Masters Championship on a 450cc. If it’s possible and the team have the budget they also hope to support Sileika to race the rest of the EMX250 championship as well.

Thomas Sileika: The deal came pretty unexpected and in a good time for me. The team reached out to me and two days later we met to discuss everything. We did some testing and I felt good so I’m feeling really happy about it. I hope we can start in a few months, I’ve been slowly rising the intensity of my training to be ready when the gate drops. I made one comeback already and I’m ready for the second one. I want to thank Mxbrothers for giving me all the tools to do my training and stay in good shape, my personal sponsors – Koro, Krasu Serviss, Motokurzeme, OK Buvmatreali, Rigensi, Safe as well as the fans and family. I am looking forward to be back racing with the team!

Niklas Raths (Team owner): The deal come together last week. We know Thomas a long time and have seen his performances during the last years at the ADAC was really good. In Valkenswaard he did also a good job without practice on a 250cc. I heard that he had no team and was searching a 450cc spot. We went testing last week and he good right away on the bike and did many laps on track. I think we can back racing in September at the ADAC MX Masters with some rounds. I want thank all the sponsors who makes this possible as well as the mechanics and people that help us. Thanks to the following sponsors: KTM Germany, Motul Germany, Scott Motorsports, 6D Europe, Esjot, HGS Exhaust, Goldfren, Ors Suspension, Backyard Design, Scar, Mxc and Smpro wheels.