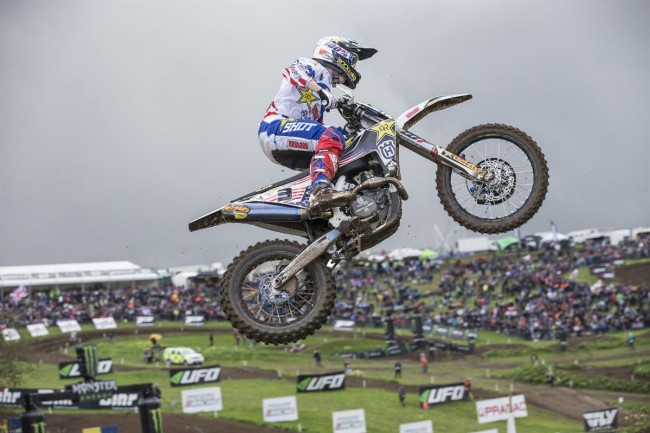 Thomas Covington has revealed he has torn his ACL and will be going in for surgery tomorrow (Wednesday).

The American did the damage during the Saturday qualifying race but fought through the pain on Sunday and only found out the bad news this week.

The American GP winner said: ” I had quite a bit of pain Sunday but didn’t want to accept it. Only wanted to focus on getting USA to the podium.”

It is a big blow for Covington who was planning on training hard in Europe this winter to launch his assault on winning the MX2 world championship. The American will know spend the off-season in rehab and not on the bike, delaying his preparations for 2018.

Some bad news this morning guys. I've just left the doctor and found out I tore my ACL in the qualification race Saturday in England. I had quite a bit of pain Sunday but didn't want to accept it. Only wanted to focus on getting USA to the podium. I'll be having surgery tomorrow morning and starting recovery as soon as possible to be ready for the 2018 season! 📸 @corywaltersphoto