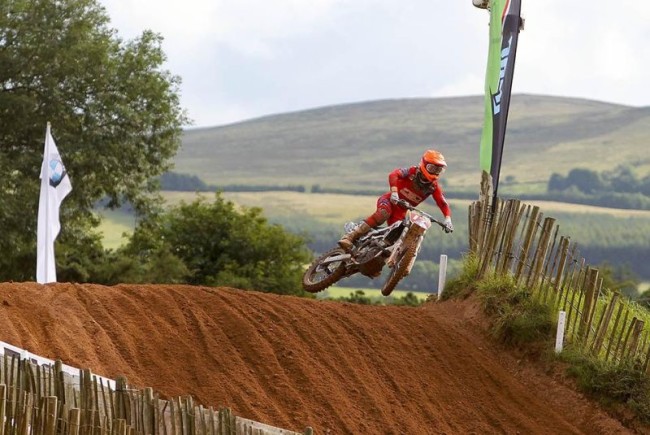 1. Slick operation – The organisers ran a superb event on a superb track. There was zero waiting around between races, as soon as one race was over the next began, they also squeezed four blocks in on Saturday. The efficiency was impressive and the riders get good value for money over the weekend, as do the spectators!

2. The speed – There are some quick kids coming through! Ollie Benton was one of the most impressive in the 125 class as was his championship rival Alex Brown. Both were flat out and neither gave an inch, it was some great racing, and you just can’t beat that noise. Both could carve out successful professional careers if things go their way, they have the talent.

Jed Etchells  carried some great momentum around the sandy circuit to win two moto in the BW85 but Harry Kimber and overall winner Ben Clarke impressed too – that class is stacked with talent! The SW85 class had Lewis Hall impressing early but Eddie Wade ultimately won the overall with speed and consistency. Both were impressive.

In the 65 class Charley Heyman was the boy to beat. This kid has no fear and was dominant, he cleared the step-up on the first lap off the start in race one, nearly looped-out but made it, and kept it pinned once he landed! The guy is a big talent to keep an eye on!

3. The 85cc numbers – A couple of years ago number were down at the last British Youth event at Desermartin but now it’s encouraging to see full line-ups in both 85cc classes, arguably the most important years of a riders’s development. The 125 and 250f class weren’t as stacked but that is understandable as riders by then have options of either class or even to race the Maxxis MX2., therefore splitting numbers. But further down it is great to see the future of the sport so strong.

4. The families race too! It’s not just the rider that races on the track, the brother, sister, friends and mum and dad are all hitting every bump their son or daughter hits too. The amount of motorhomes and people helping the kids reminds us just how much time and effort each parent and sponsor puts into the these guys no matter what place they come. It’s not an easy sport and the families are giving everything, financially and emotionally, to help their offspring reach their best level.

5. The locals dazzled on home turf! A silky smooth Luke Smith dominated  the 250 class and James Mackrel made it a local 1-2 with second overall on a bike he hadn’t sat on before! Normally on a Risk Racing Yamaha, Mackrel got the lend of a KTM from Graham Ross and got faster in each moto – it was impressive for a rider in his first season a on four stroke.

Curtis Trimble also deserves a round of applause – despite some bad starts, Trimble showed his speed and race craft to come through the field to second overall. The number 919 showed he can deal with pressure of the home crowd and team owner Roger Magee must be happy with his progress this season. Cameron Turley was in fine form in the BW85 class to finish seventh ovearall. He didn’t have it easy and had to come through the field after going down in turn one on the Saturday. but Turley has some impressive speed and a smooth technical style that reminds me of a certain Martin Barr!

Tough guy of the weekend award should probably go to Cailum Meara, who got seventh overall in the 125 class despite being carried to the medical centre by his brother after race one! Meara damaged ligaments in his knee and couldn’t put any weight on it, but still went out and rode the rest of the weekend in considerable pain and scored top five results!