The three moments that shocked RV and America! 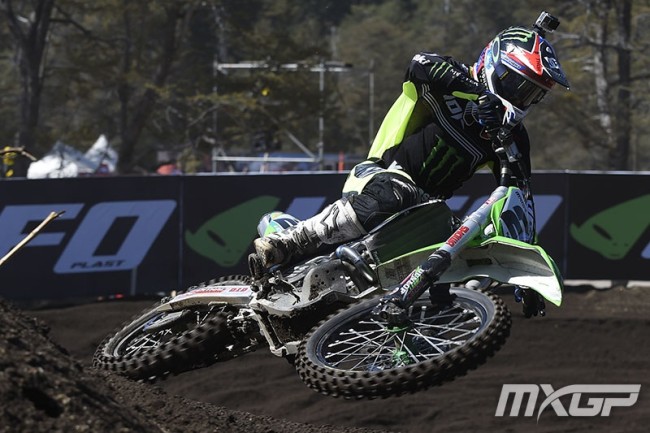 Before Ryan Villopoto looped out of the World Championship and retirement, the American had three moments that brought a reality to the challenge of winning America’s first world title in 20 years.

Before the season started, Villopoto had been hailed as the best in the world by a bias US media for the previous few years. Of course RV was the fastest in America but being the best  in the world is different, you have to prove you can race in different countries, a variety of circuits and beat the world champion over 18 rounds. Villopoto hadn’t proven he could do that yet and as we saw it wasn’t as easy for him as many expected.

But there were three moments in particular that really shook Villopoto this season. And the third one proved to be the undoing of his much hyped world title assault

It all went wrong for Villopoto in Qatar. He made the mistake of riding too much in America and not doing his research on the tracks. He was surprised how small and tight the track was, which seems odd considering all he had to do was watch the 2014 GP there to discover how small it was! He also didn’t think he needed to do pres-season races.  As a result his first race of the year was the first GP and he couldn’t adapt to the Qatar circuit and had completely wrong settings.

On the Saturday he mentioned to Kawasaki team boss Steve Guttridge that he was surprised how many fast guys there were in MXGP. Villopoto finished seventh overall and flew back to Belgium to try and get some different settings. The whole world was watching that weekend and Villopoto got a huge shock at the difference in racing at home on your own tracks and World Championship racing. 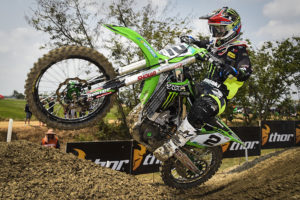 No-one really liked the track which was more a hybrid supercross/outdoor circuit but Villopoto loved it. It suited him perfectly and he dominated Saturday qualifying but was clearly riding with a point to prove after Qatar! It looked like Villopoto would be unbeatable after he won race one on the Sunday in dominant fashion once again.

But no-one told Desalle or Cairoli the script! In race two Cairoli holeshot with Desalle on his tail, Villopoto got into third quickly only five seconds back of Cairoli and all three were on the same pit straight at once. It looked like it would only be a matter of time before Villopoto took the lead but amazingly he couldn’t stay with Cairoli or Desalle. Cairoli went on to win with Desalle second and VIllopoto at distant third 22 seconds back of race winner Cairoli.

Although he won the GP, Cairoli and Desalle’s speed hit Villopoto hard. He wasn’t happy after the race and couldn’t even find the words to describe what Desalle and Cairoli did that moto.  Cairoli did his fastest lap of the entire weekend in the second moto, and from there RV knew he was in for a fight all year long. Cairoli and Desalle put the World Championship riders on the map in America in that moto.

After two fourths in Argentina,Villopoto came to Italy 29 points behind leader Nagl and to one of what many thought would be one of his toughest tracks of the year, Arco di Trento. Villopoto got fourth again in race one but actually rode really well and was close to the leaders but fourth still meant he had lost even more points to his rivals, Cairoli, Nagl and Desalle.

Then came race two, Villopoto was third with Cairoli in front and Nagl clearing off in first. He had Desalle right behind him so all his championship rivals were right there and RV was doing ok, he was riding steady and relatively smooth for Villopoto and was right there in the mix. But then Desalle got fed up being behind RV and started to force the issue. When he stormed down the inside of the Villopoto and forced him out at the bottom of a downhill the American was shocked and lost his composure.

He immediately countered and tried to take Desalle’s front wheel out and put him in the bank on the exit of the turn. Desalle didn’t put a dirty pass on Villopoto but the American wasn’t used to being pushed around like this and he didn’t like it. From there Villopoto stopped riding like he had been and focussed on Desalle, he was angry, and when Desalle got to the inside on the pit straight Villopoto knew he he had to cut across Desalle again to prevent the pass. RV gave it a handful while trying to get across to the left hand side to block Desalle and simply looped out. 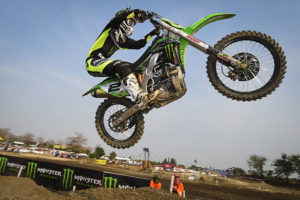 Of course the excuses came out from an embarrassed US media and fans whose claims of American superiority were left looking more like the lies they are than the truth they promote it to be.

They said Villopoto had put on too much weight – he hadn’t. He was much much bigger when he dominated the 2009 opening round of the US Nationals at Glen Helen!

He was rusty they claimed. Nonsense. Villopoto had been riding for four months getting ready for the world championship and it was his own choice not to ride the pre-season races that everyone else did. By round four in Italy RV was racing his eighth day of motocross. In the USA his eighth day of motocross would be round eight of their 12 round series…no one is rusty at that point!

They said he didn’t want it as much. Again, nonsense, Villopoto was trying as hard as he could, he enjoyed racing a new series but he didn’t like getting fourth and not winning. His reaction at getting third in Thailand despite winning the GP showed he wanted to go 1-1. Villopoto didn’t have any problems winning supercross races at the end of 2014 when he was burnt out had and injured knee.

The reality was Villopoto outside of the USA is just one of the boys in the world championship. Yes he is one of the top guys that could win at any time, but he clearly wasn’t any better than Desalle, Nagl, Cairoli, Paulin or Febvre.  America don’t like that reality but unfortunately for them that is the truth.

The question now is will America finally let the truth out in their media and give the world championship equal coverage to the AMA series?

Or will they continue to give the World Championship as little coverage as possible in case more American riders see how good MXGP is and want to go win a world title for themselves and the USA?