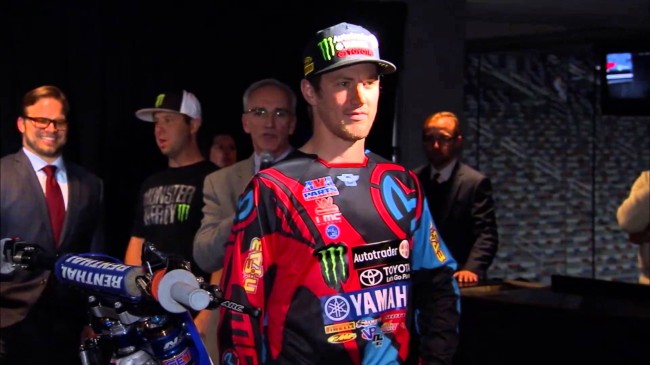 Two years ago Jett Lawrence was riding an 85cc Suzuki in EMX. But this Saturday, having just turned 16 this week, he is scheduled to race his first pro race in the United States when he lines up at Unadilla. It’s been quite the journey.

The rest of the world have known about Lawrence for a while. His talent was immediately apparent in Europe, when he won the 65cc world championship back in 2014. When he came to Europe full-time alongside brother Hunter, the buzz was there when he was on an 85 about his potential, but it went to the next level after his sensational win at Assen in a very competitive EMX250 class – at just 14 years old and his first year on a 250 coming straight off the 85!

And now. after a brilliant performance at Loretta Lynns, America’s premier amateur national, ( a mechanical robbed him of victory in his first time at the venue) the Americans now also realise this kid’s amazing talent.

I first saw Lawrence in his first EMX250 race in Spain, he just missed out on qualifying due to a poor start and then a crash but his talent, speed and bike control was there for all to see. He still looked like a child in the paddock but on the track he looked very grown up and professional, precise on the bike, always in control, he made it all look easy.

Fast forward a few months and Lawrence won at Assen against riders like Boisrame, Walsh, Vialle and more that are now showing form in MX2. A big reason he was so impressive was not just the fact he won on such a rough sand track but it was how he won it.

Lawrence had pressure during must of the moto, but he did not care, kept concentrating on his own performance and kept believing in himself. He shook off the challenges and admitted in his post-race interview that the pressure didn’t bother him and he just focused in his own race. Being good under pressure is key in this sport, especially to be an elite level rider, and Lawrence showed then and there he has it against quality pro riders who know what they are doing.

Lawrence has an amazing amount of life and racing experience for one so young. Leaving Australia as a child and then getting used to all the different countries and cultures in Europe while adapting to a different lifestyle off the track, before packing up again and heading to the United States!

Once again he settled in quickly into new surroundings and shown he is already on the level of the elite amateurs there and now, less than a year after moving there, he is about to go pro racing against the best America has to offer but also, and perhaps more intriguingly, his brother Hunter!

Some may even feel that Jett wasn’t far off Hunter’s speed last year at times when the older Lawrence had some tough results mid-season and Jett was in top form. From now on, no injuries permitting, the brothers will be going head-to-head every week in what is been uni to be a very special moment for the whole family, especially a proud mum and dad who have sacrificed their lives in Australia to give their sons a chance of making it in motocross.