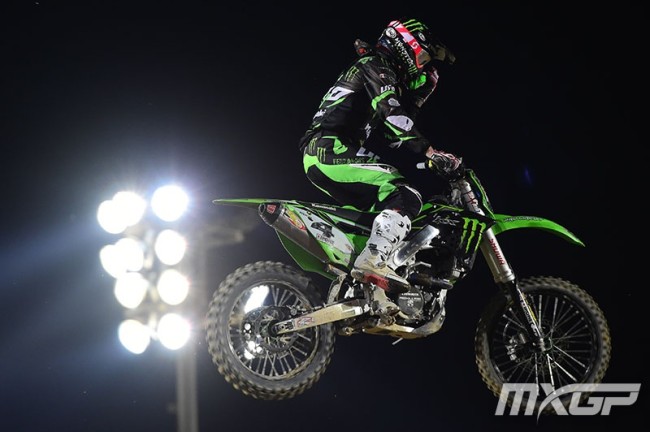 Jordi Tixier: Jordi is finally back on the bike after his wrist problems. He will need some time back on the bike before getting to the races though. Jordi has stated that the goal was to be back at the Spanish GP. However, after getting good news from the doctors that he can get back riding again you would think he can make an earlier return than first expected.

Ben Townley: Stefan Everts has just announced he hopes that the sick BT will make his return to competitive action in Latvia.

We have got an update from 24MX Honda concerning Matiss Karro and Ken De Dycker. Matiss’ knee rehab is going to plan and he should be back on the bike in around ten days. Unfortunately, his home GP will probably come too early for him but all being well he will be back at the German GP. KDD has just started cycling again and should be able to start proper training in a few weeks again!

Adam Sterry: Adam is finally back on the bike after the wrist injury he picked up in Qatar. It’s thought that he could be back at the next round of the British championship and that Latvia will mark his return to the GP’s. Hopefully, he is riding well and they can stick to the intended plan.

Dylan Ferrandis: Unfortunately, Dylan isn’t back on the bike again. He needs to check with his doctor to see when he can get back on the bike but at the moment Latvia looks unlikely. Hopefully he will be back for the German GP.

Brent Vandoninck: Unfortunately Brent is out of action at the moment due to a dislocated hip but he underwent successful surgery and should get the all clear to ride in three – five weeks.

Ivo Monticelli: Ivo has unfortunately missed the entire GP season so far after picking up an injury in the off-season. However, he is back on the bike and will make his GP return during the GP of Trentino in Italy where he will join up with his Marchetti KTM squad. Ivo has potential but injuries always seem to hold him back, hopefully he can stay fit and show us what he can do this season.

Brian Hsu: Brian Hsu has been back on the bike for a few weeks now. He started riding again just before Valkenswaard but the team decided not to send him to the fly away GP’s. It is thought that Brian will join the action at Latvia for the sixth round of the series.

Jorge Prado: Spanish sensation, Jorge Prado broke his collarbone competing a round of the Spanish championship. Unfortunately, he missed the first round of the EMX250 championship at Valkenswaard. However, he is back on the bike and should be behind the starting gate for the second round in Latvia.