The changes for 2018 supercross series announced! 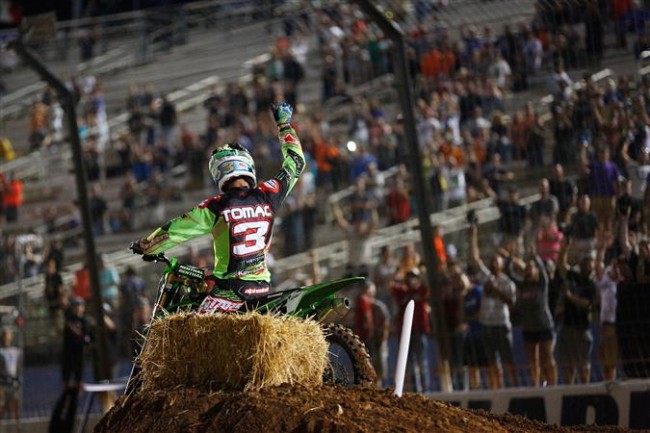 There have been a few big changes just announced for the 2018 supercross series, with Feld seeking to give the fans extra racing and a closer title fight.

You can get brief rundown of the changes below:

New format – pressure on qualifying will intensify with only two chances – two heats with 1-9 going direct to the main event followed by an LCQ with the top four getting the remaining places in the main. No more semi races.

New championship points – A New points system will have points going down to 22nd. 26 points for first, 23 for second and 21 for third with then one point less right down to 22nd.

Triple crown events in a three city showdown – A2, Atlanta and Minneapolis – three main events each. Timed qualifying will get you into the main events not a heat race with an LCQ race the last chance to race the three mains. The 250’s will be 6, 10 then 12 min plus a lap. The 450s will be 8 minutes then 12 then 15 minutes plus a lap main events. Points will be an Olympic scoring method with 1 point for the win – lowest score wins. Championship points will awarded on overall finish after the three main events. Overall winner will get 26 points etc..

Dave Prater: “With these changes we have given the fans more chances to see the top riders on the track. I am excited for the triple crown. If this works really well we might increase it to four or five.”

Ricky Carmichael: “I think it’s great I have to applaud Feld for making these changes. The sport is going to be better for the race fans. If they have a bad night it won’t sting as bad but it will be harder for them to gain an advantage. The best guy will still win it will just be a bit harder for them. The points structure is designed to keep things closer. Last year Eli Tomac would have been our champion (with the new points system). The triple crown will be really special, to see the best guys race three main events, I’m excited to watch this.”

Cooper Webb: “To have something new on three of those weekends I think will be awesome. Now we will have three chances to show what we have. I’m excited. I think it will be awesome.”