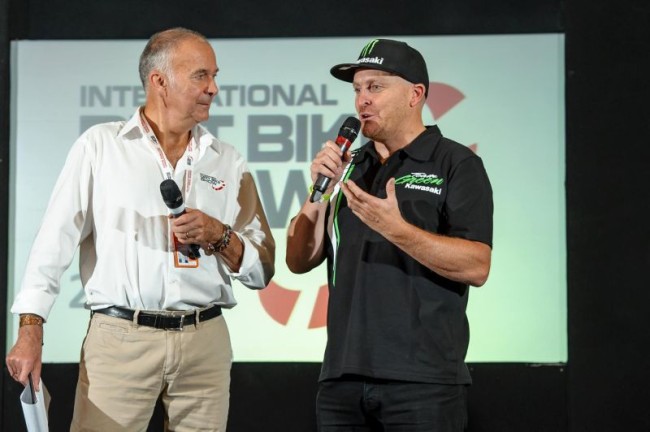 Great Britain haven’t sent a team to the Coupe De L’Avenir for the last few years but this year they will attend the event that is being held in Belgium on the 3rd and 4th October.

Jeff Perrett will be the team manager of GB and we caught up with him to discuss the event.

Jeff Perrett – “We’ve got Chubbie Hammond representing us on the 125, Liam Garland on the 250F and James Harrison in the open class. We’re sending a full team. Callum Gasson, Kacey Hird and Lewis Hall will be our 85cc riders and in the 65cc class we have Charlie Heyman, Brad Lee Timmis and as it stands I’m still trying to find another 65cc rider after Morgan Evans got injured. Hopefully I’ll have that sorted soon.”

On paper it looks like a solid team and lets hope they can get some good results since it has been a while since a team has went to the event. Some good results should mean that the team gets to go again in the future – it is important for young talents can learn as much as they can by racing these type of events.

“I really had to think long and hard about taking the job on. I was contacted by Stephane Laurent – one of the organisers of the event – on Facebook. I don’t know why or how he knew who I was really, come to think of it I didn’t ask him either, I must do that! Anyway, he just asked me if I’d be interested in putting a British team together for the event. I said I’d give it some thought and asked him to send all the info over. I also asked if he’d already asked the ACU. He said he had but they had said to him they didn’t have the time to do it. That’s when I seriously started considering it, yet at the same time was fully aware of the politics of doing something this, and as much as politics are always unavoidable in our sport it doesn’t mean you have to like them! I slept on it for ages and really went back and forth in my head weighing up whether to do it or not. In the end I couldn’t fight off the fact that I really feel we should be doing more for youth MX in this country and so I decided to do it. I know that sounds like I’m making myself out to be a martyr, and with so much on my plate at the moment maybe I am a little, but nobody forced me into it. I knew the history of the event and how big it is. We used to send quality teams and we’ve won it several times, that was also another reason in pulling it together. Just to get back doing the event and building on that going forward. It’s not been easy due to the fact the GP’s changed their dates and it now clashes with the final Maxxis British championship round. There’s a huge amount of British talent that are committed to the last MX2 or MXY2 round and I therefore couldn’t choose from those riders. Having said, we’re still sending a strong team and I’m thankful to those who have committed to represent Great Britain.”

It is nice to see someone like Jeff, who has been involved in the sport for a long time, step up to the plate and support the team at the event.

“I’ve got no idea or expectation of where we’ll finish…I really don’t, but I know we’ll go there and give it a good shot. I have a lot to organise in a real short period of time, race shirts, graphics etc but I’m used to organising stuff like that. I would’ve just liked a little more time. Going forward, I have no idea if I’ll be doing it again next year. I spoke to the ACU and all of the committee members in an email and basically just said ‘Let’s just see what happens and go from there. My main point to them was that I feel they should put more emphasis on youth motocross. To be fair, they were very receptive to that and positive so if nothing else I hope our participation in the Coupe de L’Avenir this year kickstarts more focus on our youth riders because I really do believe we have some quality talent here in the UK. I see these kids racing week in, week out and they’re committed and so are the parents. We all just need a better platform form them to develop, but that’s a conversation for another day! Let’s get this event out of the way first. It will be a great experience for all involved.”

All the best to team GB for the event – hopefully they can put some good results in.