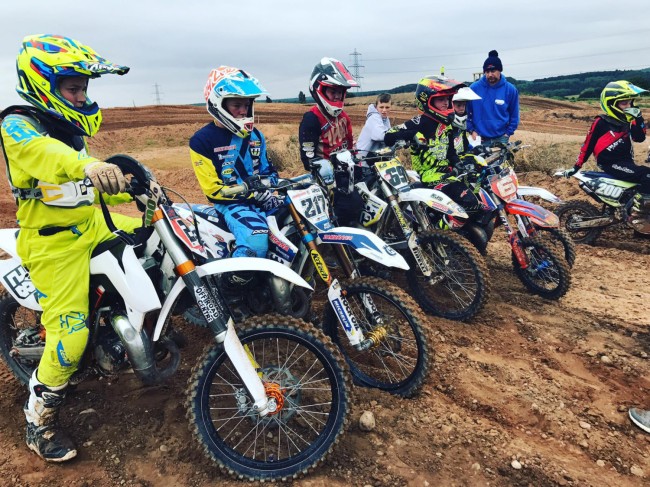 With the countdown to the World Junior Motocross Championship well underway, RHL Activities is in full action preparing Team GB alongside RMJ Academy in readiness for the event, which takes place in Estonia on July 30.

Following on from the announcement in which RHL Activities was confirmed as the organiser for this year’s junior Team GB by the Auto Cycle Union, preparations have been incredibly busy for the ultra-excited British team ahead of the event, which follows a similar format to the Motocross of Nations with individual and team results.

Wal Beaney, Ollie Colmer, Finley Evans, Roan Delaney and Keelan Hope were confirmed as representatives for the 65cc class. Bobby Bruce, James Smith, Jack Lindsay and Eddie Jay Wade will contest the 85cc class and finally Jed Etchells, Rossi Beard, Chris Mills, Drew Anderson and Joel Rizzi will race in the 125cc class for the ACU Team GB. The race itself gives juniors a great possibility to compete with similar aged competition on an international stage, as they progress through the ranks and develop their racing skills.

In readiness for the race, RHL Activities, Team GB head coach Ashley Wilde and RMJ Academy held a recent training event for a number of the team’s riders at Sherwood MX Park in Mansfield . It was a successful day that gave the youngsters the opportunity to familiarise themselves with the team, build up the team spirit, while also working on specific areas of riding and the format of the event.

RHL Activities caught up with Bobby Bruce and Christopher Mills, who will race the 85cc and 125cc classes, ahead of the event, in which the team will certainly be hoping and working towards a podium finish:

Mills commented “I’m happy to be chosen to participate in the World Junior Motocross Championship for Team GB and to be part of the team again. I hope to bring some good results home and to achieve two consistent results, with the goal of a top 10 finish.”

Bruce said “It’s a great experience to be picked for the team and the opportunity to represent my country. I’m looking forward to racing with the European riders and see how I compare to them.”

All of the action takes place on 29-30 July and you can follow the team through the official Team GB World Junior Motocross Championship Facebook page.