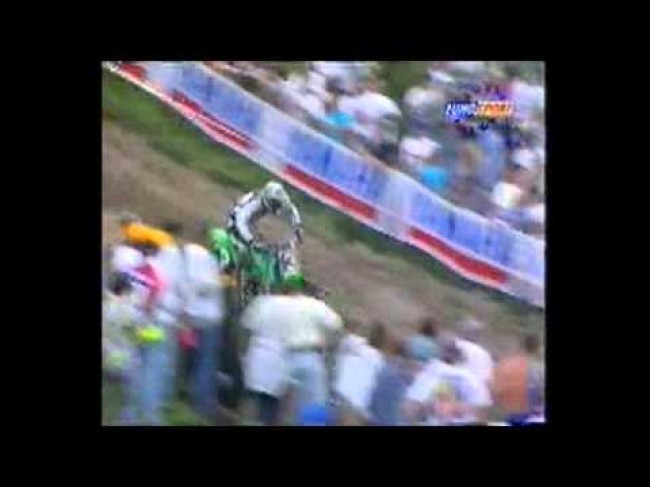 Watch an epic race between the defending 250 world champion, the king of motocross, Stefan Everts against the 1996 125 world champ and teenage sensation, Sebastien Tortelli, who was in his rookie season on the 250!

Bar to bar with neither giving an inch in their battle for victory, it invokes memories of an all to brief but memorable era of phenomenal battles between two fantastic riders.

Everts didn’t want the new kid on the block taking his crown despite being on the much lambasted aluminium framed Honda in 1997. Even 4x supercross champion Jeremy McGrath, who tested the bike with Everts at the end of 1996, but according to Rich Taylor was two seconds slower than Everts, walked away from Honda because he didn’t want to race that bike.

But Everts stuck with it and took home the 250cc world title in 1997 on a machine that most riders hated!

Let’s hope for similar battles 20 years on with the last three MXGP champs, Cairoli, Febvre and Herlings taking on the 2016 MX2 champ, Jeffrey Herlings in what could be a fantastic 2017 of MXGP racing!