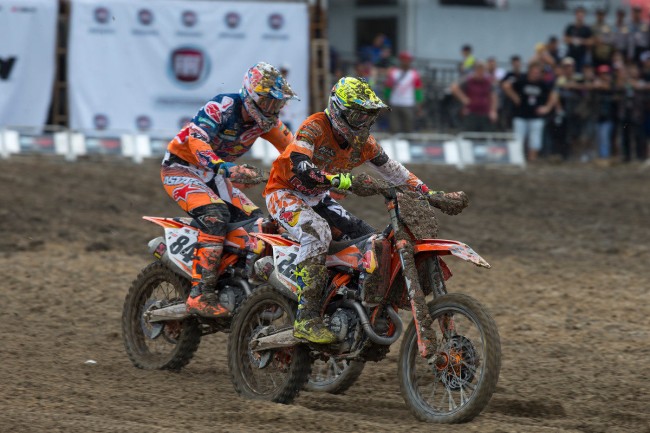 After five years of waiting we finally get to see Herlings v Cairoli at Lommel again this weekend – and this time for three races over the weekend!

Back in 2012 it was the race everyone wanted to see, MXGP champ Tony Cairoli v MX2 champ and then 18 year-old Jeffrey Herlings. But we had to wait all weekend until Sunday’s final moto to watch the biggest battle of the year as Herlings raced MX3 for Holland and Cairoli MX1 for Italy!

It was worth wait. Although, when Cairoli took the lead and Herlings went down in turn one, it looked like the battle that never was! However, Herlings put the after-burners on and amazingly actually caught Cairoli for the lead late in the race only for the Italian to step his pace up in the final few laps to win the race!

The atmosphere was simply incredible that day and you can re-live the battle here: