Talking Point: Who will win the MXON? 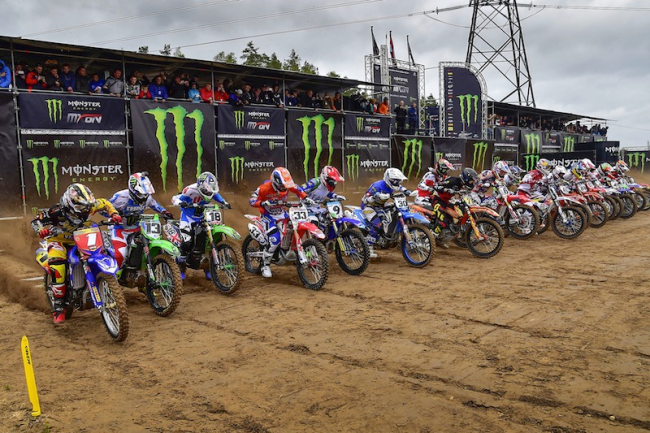 Andy McKinstry – “In my opinion, any out of three teams can win the nations. I believe come Sunday it will be either USA, France or Great Britain that will win the nations. Personally, I dont think Belgium will challenge to win this year – there are too many question marks with them. We dont know how Ken De Dycker will perform and where he is at with his speed. Julien Lieber has also decided that he will race the event now – he isnt fully fit after picking up a groin injury at Glen Helen.

The last three years havent went well for USA but I believe they are going into France as the favourites this year. A team consisting of Cooper Webb, Justin Barcia and Jeremy Martin is very strong and I believe this could be the winning team.

Of course, France will be very strong but I see Gautier Paulin as a weak link for them. However, there is no doubt that Febvre can go 1-1 in both of the motos he races in and Marvin could beat Jeremy Martin so for me it will all depend on Paulin, if Paulin raises his game this weekend and runs with Barcia and Webb then France can win for the second year in a row.

It’s been a while since GB have even podiumed at the nations but this year could be different for them, if everything clicks and they believe in themselves they could even win the event. Shaun Simpson is currently on the form of his life after finishing fourth in the MXGP World championship and says he feels fine after the crash in Glen Helen so hopefully that has no affect on his riding. Dean Wilson is also coming back to form and rode great in Glen Helen, there is no reason that these two guys cant run with Barcia and Webb. Max Anstie had his best year in MX2 this year finishing third in World Championship and it looks as though he may have figured out how to win in hard pack as he won a moto in Loket and should have won the overall except for a crash – I expect him to be fast in France.

As so often with the Nations it will come down to the starts and who it all clicks for on the day!

Jonathan Mccready: On paper this is France’s race to lose, they have the best three riders but they will also have the most pressure. Their starts are not the best either and Gautier Paulin isn’t on the same form as last year so it is certainly not a given that they will win but, who could beat them?

For me the USA are very strong this year. It may look like a B team on paper but it actually isn’t, they are very, very fast and are sending three champions to the event.  I believe they will challenge for the win more than last year because the pressure won’t get to them and Barcia and Webb are ruthless. While Paulin and Musquin may look for the polite way round a rival, Barcia and Webb will put them on the ground, combined with their excellent starting abilities they may be able to pull off beating the French on their home turf.

Don’t rule team GB out of this either, if all three riders bring their A game, GB  should at least be on be on the podium but a win is absolutely possible. Anstie is flying and so is Simpson (provided his back is ok) and Dean Wilson was very impressive at Glen Helen. If Dean can bring that speed to Ernee too, Britain have a shot at this, but again starts will be crucial.

The only other team with half a chance is Belgium. But question marks remain over De Dycker’s fitness after injury and Julian Lieber is currently riding injured leaving Jeremy Van Horebeek the leader of the team. But, like GB, all three on their day have the speed to get the job done, and they do have Nations winning experience  with De Dycker and Van Horebeek.