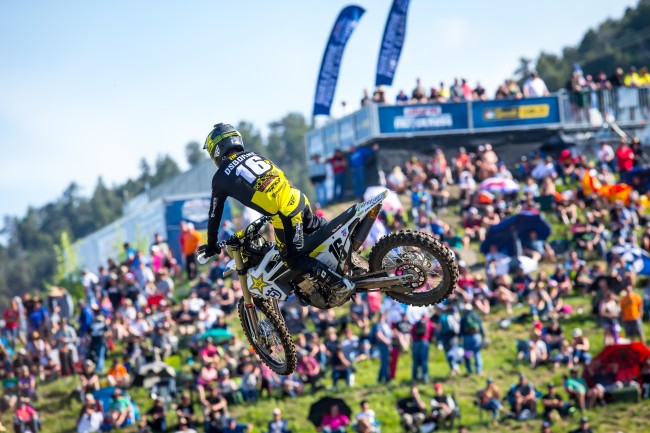 Andy McKinstry: It’s quite strange to see an American team without Eli Tomac in it considering after last year at RedBud he wanted “revenge” in the future. Even though Kawasaki decided not to support both Tomac and Cianciarulo, it would have been nice for Tomac to force the issue if he really does want revenge.

However, America still have a strong team, make no mistake about it. They’re even coming over for the event early to prepare for the event, something they haven’t done for a number of  years so the riders they’ve picked are clearly motivated.

When it comes to who’s likely to win the event, the Dutch are the favourites for me but sometimes that can be a bad thing with the amount of pressure that brings. After the Dutch I feel there’s a number of teams who could go for the win and America are certainly one of them.

Anderson, Osborne and Cooper is still a very strong team. Anderson and Osborne have contested the event before so will know exactly what to expect and being a former GP rider, Osborne knows his way around the sand. It’ll be interesting to see how Cooper handles the pressure, that’s the biggest question mark regarding the team.

These riders are clearly committed to racing the event this year and that’s good to see. Even though there’s no Tomac it could work out better as all three want it bad. If they get good starts there’s no reason why they can’t win it but you can say the same for the likes of France, GB, Australia and even Switzerland if the Dutch don’t live up to expectations.

It’s going to be competitive with a lot of strong teams this year but don’t rule the American’s out just yet even though the past hasn’t went well for them. Anything can happen at the Motocross Des Nations!

Jonathan McCready: I think this is a really strong team. Zach Osborne for me is key, he has the Grand Prix sand experience and can give his teammates a lot of pointers and guidance. A national champ in the UK and the US plus a Grand Prix race winner, Osborne should be the glue to hold the USA together this year.

Last year’s supercross champ, Jason Anderson, has been strong outdoors and as we saw when he last rode the Nations when he won a moto, he is good under pressure. The sand might be a different thing, but Anderson’s relaxed outlook and fighting spirit should keep him in the mix at Assen.

Justin Cooper won in the Florida sand this year, so although Adam Cianciarulo passed on racing, Cooper is just as capable in the soft stuff, although Assen will be another level of sand racing. The Star racing Yamaha rider gets great starts too which could be key, especially in the MX2 class, and being willing to come over for two weeks before shows his commitment to doing it properly.

With maybe less pressure with the event being at Assen and for once the USA not the favourite to win, it brings even more motivation to prove people wrong,  whilst having nothing to lose. It’s actually a great time to be on the US team and all three are elite level riders. There is no reason the US can’t be on the podium and even sniff a win if something goes wrong for the Dutch who are already strong favourites.

As we saw last year anything can happen, you don’t have to win every moto or even your class to win the Nations and the US have a very strong rider in each class, consistent good results should have them in the mix come the final moto.