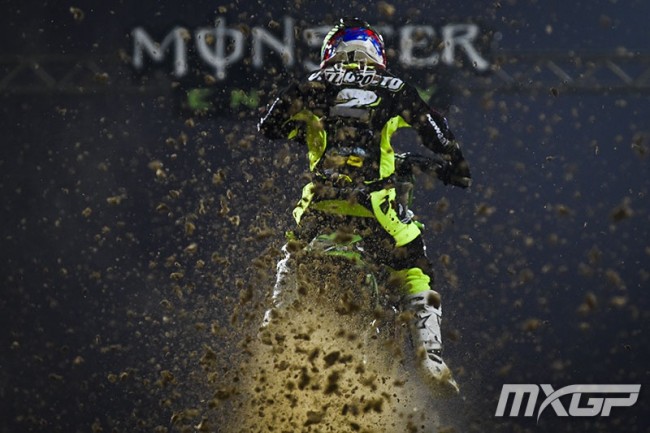 “I am ready for the final chapter of my career, and in my final year of racing I am looking to accomplish something no one else has achieved.” This is what Ryan Villopoto had to say when he signed the deal that would mean he would race the 2015 world championship. However, after a difficult start to the season for a number of different reasons and getting injured the question “Will RV stay for 2016?” has started too been asked.

Ryan Villopoto was recently been asked the question and he stated “that doesn’t mean my decision can’t change.” He went from definitely retiring at the end of the season and after five GP’s has already said that he might re-consider, seems like he’s sitting on the fence? Ryan Villopoto was born a champion, will he really want to leave after a tough start to life in MXGP? In my opinion this is the sort of challenge to keep RV competing in the sport. He is born a champion and if he managed to win an MXGP title it would definitely have been the hardest one!

There is no doubt that Ryan under estimated just how tough it would be to come to MXGP and win straight away and just how different the tracks are. He now knows he made some mistakes before the season. He spent most of the pre-season in USA which meant he totally had the wrong set up in Qatar. If he were to stay for the 2016 season I have no doubt he would base himself in Belgium for the pre-season and that would allow him to be more prepared for the season as he would be practicing at rough tracks. He also now knows just how many fast guys there are in the series and he wouldn’t under estimate the sheer speed of the riders either.

After getting injured in Italy RV went back to USA to work on an intensive program with Aldon Baker to get ready to turn to action. The chance of being world champion is now over for this year so when he returns he will be able to use the rest of the season as a ‘learning’ year and gain track and set up knowledge which would help him in 2016. I believe that after a tough start to his MXGP career that Villopoto will be more motivated than ever, he will certainly be running up front when he returns in 2015!

Then there is Kawasaki, they have already asked RV about next year and he has stated that he will get back to them. Kawasaki will want someone that can challenge for the title so it is obvious that they will want RV to stay and have a proper go at the title in 2016. Kawasaki will want an early decision from RV because if he decides not to stay they will need to sign a replacement – this could decide Jordi Tixier’s future. If RV stays and still wants Tyla Rattray as his team mate that could pave the way for Jordi to go to another MXGP team or even USA. If Kawasaki wait too long on RV to decide what he will do next year and then miss out on Tixier it is hard to see who they could sign so it will be important for them to hear back from RV as soon as possible, I don’t expect it to drag on as long as it did last year.

It is no secret that Monster want to win the MXGP title, money won’t be a problem for them so they will do anything it takes to get RV to stay for another year. RV will get paid millions to travel for world again and be a lot more prepared for the season.

At this stage if I was a betting man I would definitely put money on RV staying in MXGP for another year and with Herlings potentially moving up it would be one heck of a season, an even faster class than this year!