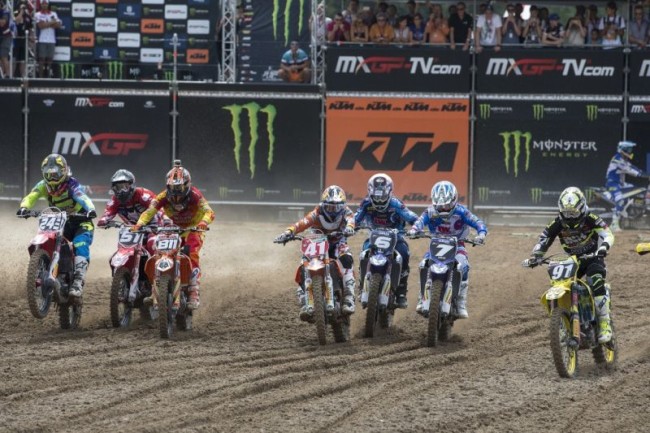 There has a been a curiously negative response to Youthstream’s announcement of awarding points to the top five finishers in the Saturday qualifying heats. But here we try to look at the positives and why it just might make MXGP even better.

The issue began when the riders had been starting to complain that the Saturday qualifying race didn’t mean anything, but what they really wanted was a one day format, reducing their workload by half. The campaign built up some momentum and many in the paddock hoped Youthstream would grant the riders’ wishes – a one day format, doing half the work on the same wage! Who wouldn’t want that!?

Unfortunately for the riders the plan backfired and instead of going to a one day format, Youthstream, acknowledging the riders claims of not having much to race for in the qualifier, have awarded points to the top five finishers, (five points for a win down to one point for fifth), giving them more motivation to push on the Saturday.

It actually has the potential to be a really good move.

The move has raised the stakes in the qualifying races, which gives the race more meaning and brings more intensity to the race. It ensures the fans get to see the best riders in the world for two days, and it means the qualifier will have more buzz about it. The two-day event has now an even bigger appeal to the fans, giving them better value for money and it gives the media more story lines on Saturday evening as the championship title battles develop.

The fight for the GP win will now be over two days and the title contenders will need the points on offer especially as the season winds down – every point will be crucial. It also opens up the possibility of more riders going for the overall win going into the final moto on a Sunday which has the potential to create even better racing with more contenders fighting for the win.

Let’s wait and see how it pans out in 2016, of course it might not work but there is also the possibility it will make the series even more exciting for fans at the track and on TV, and that is surely only going to benefit the sport. There’s no harm in trying something new.