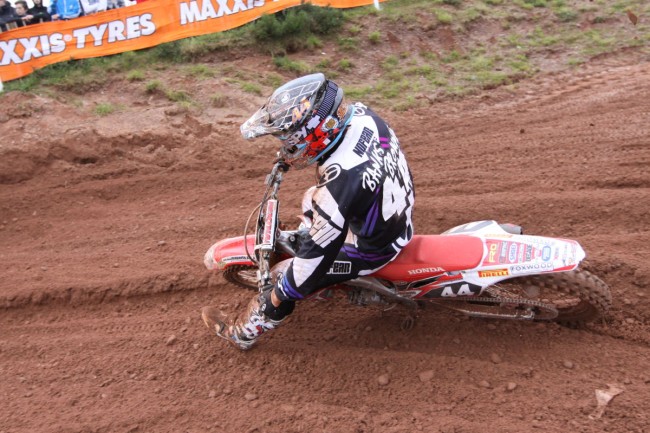 It is becoming more and more obvious that motocross is an expensive sport and more things can be done in order to help the teams. Over the past few years more and more teams are dropping out of the championship such as PAR Honda, Evotech, Relentless Suzuki, Dantec Husqvarna and DB Honda are all recent examples of teams that have not be able to survive due to the cost it takes to run a team. Imagine if all these teams were in the paddock now along with the existing teams, it would be awesome!

The question is what can be done in order to help the teams? Well, I believe there is a £240 cost in order to just register one rider for the championship, expensive isn’t it? Once teams register it then costs £90 to enter a rider for each round of the series. For privateers that don’t register and just want to turn up and ride it costs £120 per entry, this is pretty expensive. As its costing teams so much it’s more obvious to me that more and more riders are paying for rides in the UK. A rider of Martin Barr’s quality should not be a privateer for a British championship, he’s a front runner in the series.

I believe the championship should allow open qualifying, this should allow them to get more entries and they could then reduce the cost of entries. Look at hawkstone international, they are always able to attract guys from Holland/Belgium to come over to ride for a one off race. If the British was open qualifying they could attract more riders from other countries and also riders in the UK that want to ride the series that currently can’t! The Red Bull Pro Nationals were also able to attract some foreign talent to the series.

One big plus for the British championship is that they give prize money to the riders, that’s positive for the series, maybe they could set something up to give teams prize money as well?

Another positive for the series is that they now give the mxy2 class three races per day, this shows that they care about the youth coming up from the UK and hopefully this will help with bringing up fast talented youth riders that can be future GP riders.

However, one thing that annoys me about the championship is that I feel it could be a lot more professional. Unless you are at the race you rarely get full results until Sunday night or even Monday until they are put on mylaps. Surely, the ACU could invest some money and at least get live timing up and running? This would help create a lot more interest as more sites would be able to keep more people up to date with what is happening in the championship! In future why can’t they even introduce live streaming? The Italian championship streamed there series this year for the first time so why can’t the ACU invest some money and do the same? It would be nice to see them spend money in order to make the championship more professional.

There is a lot of debate about the way the series should be ran, should it be a bit like BSB and clash with GP weekends just to focus on the British riders? Honestly, I really disagree with this. Most fans go to the race to watch the best riders so the more GP riders they attract to the series then the better, Dixon Racing team is back doing the series this year which is a positive. If they decided to clash the British with GP weekends then that probably means less fans will attend the races which means less money for the ACU.

I think it’s pretty clear that the format could be better; it’s not the best preparation for the riders that are good enough to race GP’s. If they want to stick to three moto’s then why not start with the first race being twenty minutes then keep increasing the length by five minutes? The Belgian championships did this last year and it seemed to work well. But really, I think the best solution would be to have two thirty minute moto’s just like the GP’s.

The British championship is a good championship, but it would be nice to see the series grow and more professional in the future!