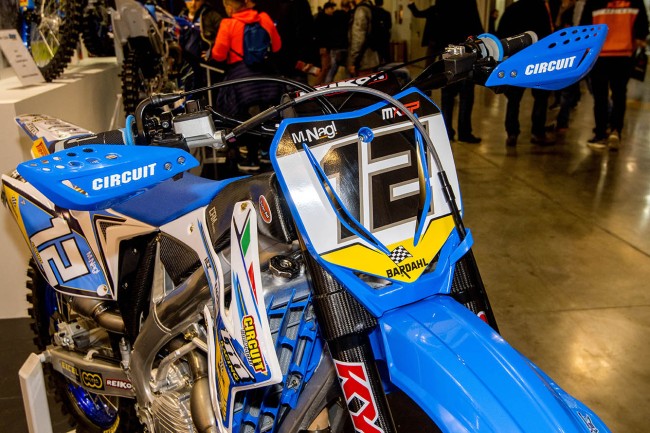 Jonathan McCready: It’s good to see the resurgence of TM and signing a top level rider like Max Nagl should elevate their profile immediately, but now the pressure comes. With a rider of Nagl’s quality it means TM will have to produce a bike to give Max the tools to run in the top five and even make the podium at the MXGP events.

Nagl was top ten this year and will be expected to continue that record on TM. But the German can also be quite picky with his bike set-up but when he feels comfortable and confident with the machine he really is a top contender at any MXGP round. But that adds an extra dimension for TM, yes they have a good rider but they will need to create the bike to suit Nagl, who by all accounts likes a hard hitting engine unlike most of his rivals. So there could be a lot of work for both bike and rider this winter to adjust to each other.

But it is good to see Nagl continue in the series and get direct factory support from TM. Although it might take a while to gel, I feel this should be good partnership from both parties especially by mid-season. If Nagl can get a few holeshots and battle at the front, it will give TM some superb coverage and the profile they have been looking for. It will also hopefully allow Nagl to ride to his potential and get the results he is still capable of.

Andy McKinstry: “Some good news on the manufacturers front with regards to MXGP as TM make a comeback to the class. It’s always good to see as many manufacturers as possible competing. I was quite surprised that TM stopped running a rider in the MXGP series when Davide Guerneri left to go to Enduro, I always felt he gave them good exposure.

For TM the signing of Max Nagl must be very exciting and I am looking forward to seeing how he adapts to the TM. Honestly, for Nagl you would probably say it’s a bit of a step down after being with the ICE ONE Husqvarna team – one of the best teams in the paddock (although he could be in Paturel’s and Bobryshev’s position with no ride). You would think Nagl’s main job will be to develop the bike and continue to improve it over the course of the season.

Over the years it’s looked like from the outside that the German is quite a fussy rider and he needs the bike to be 100% for him to perform. When he feels comfortable on the bike there’s no doubting his speed, he can win! However, if he doesn’t feel quite at home on the bike then it can definitely affect him.

This year Nagl finished eighth in the MXGP series, it was a year of ups and downs but in the end eighth was a solid result. He won a moto in France and if he can get the TM a moto win or on the podium even once I’m sure the team will be happy. If Nagl can end up finishing top ten in the series again on the TM I would say that will be a good season for him considering the level will more than likely be even higher than this year”.