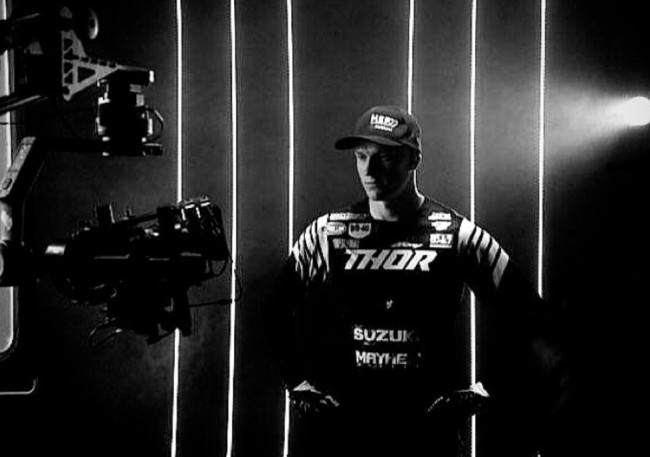 Joanthan McCready: I think it’s a pretty cool move for Max Anstie! Although, it is a bit of a shame he isn’t in MXGP after showing his potential again at the end of the 2019 season, until injury thwarted him yet again.  But it means something different and a change of scene for the Brit who, as we know, has the supercross skills and experience  he needs to transfer back to the States where he began his pro career.

Anstie has always wanted another crack at supercross and although he had rides offered to him in MXGP, it was probably now or never for a return to the US to do some supercross again.

It gives an extra interest for British fans and perhaps if he does well on the Suzuki it might even open the door for a return to MXGP on a factory Suzuki in 2021!

Anstie is a colourful character but he has the talent to back it up, however inconsistency and injury has been his downfall in MXGP and it is something he will need to find in America with such a long season. Staying consistent and injury free along with his talent means he has the potential to get himself at the sharp end, especially outdoors if the team around him are a good fit and he can get the bike set-up to his liking. It might take a bit of time to get comfy, but Anstie has the skills to be a contender if the rest of the pieces of the puzzle fit together.

Andy McKinstry: After hearing that Anstie’s move to the DRT fell through to stay in MXGP it was pretty obvious he was going to end up making the switch back to the AMA paddock. It’s a new challenge for the Brit as he hasn’t raced Supercross for years but it’s something he enjoys and had he not made the switch back he’d have probably regretted it.

The HEP Suzuki team have confirmed that Anstie will race a 450cc for both Supercross and Motocross as it seems Suzuki didn’t want to support the 250cc. I’d have much rather preferred Anstie to have raced a 250cc in Supercross, he hasn’t got an awful lot of time to prepare and the 450cc class is deep! I could have seen him been a regular top five rider in the 250cc class in either coast which would have been good for his confidence. However, in the 450cc class he’ll probably be a bit inconsistent with it being so deep and Anstie being a bit rusty at Supercross.

I just hope he doesn’t lose his confidence and it’s a dominoe effect which means we don’t see the best of him when the outdoor season comes around – there’s no reason why he can’t be top five outdoors. Hopefully Anstie has a good season and enjoys himself racing Supercross again. With regards to his future I’d love to see him make a return to the MXGP paddock in 2021, he’ll be missed as a rider as well as his bubbly personality in the GP paddock. Suzuki might be back in the MXGP paddock then and he’d be the perfect signing.