Talking point: Is Tommy Searle the right choice in MX2? 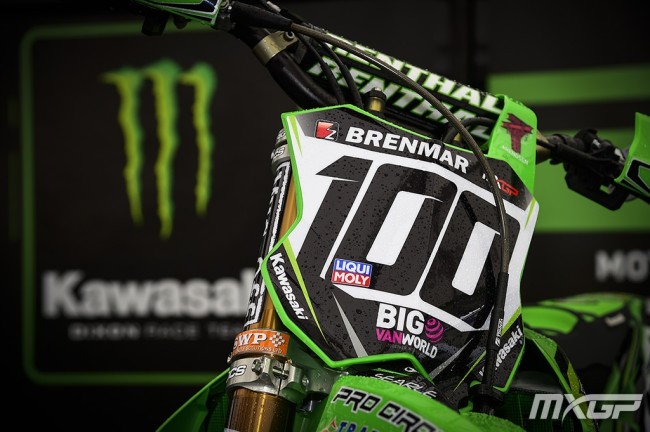 Jonathan McCready: Absolutely! It seems bizarre to me there are British fans disappointed with this choice, considering the success Searle has had on an MX2 machine. It is harsh on new British champ Ben Watson and another young rising star, Conrad Mewse, but Tommy won his class the last time he raced an MX2 machine at the event in Latvia (he dropped down then for a 450 too), and he also beat Jeffrey Herlings straight-up around Matterley in 2012. The guy has proven he can ride a bike against the best at the very top level, especially a 250 when he is fully healthy. Ben and Conrad’s time will come.

Just look what Jeremy Van Horebeek did last season dropping down – he was sensational. Tommy was battling in the top ten at the beginning of each race in Switzerland at the weekend in his first race back, even going back at Gajser and Herlings when they passed him! He is mentally strong and with another six weeks to get in top form he is only going to get faster.

It reminds me of 1994 when Paul Malin dropped down from 250 GPs to race the 125 at Roggenburg. That was apparently not the most popular choice either after a poor season by his standards in the 250 class and the fact guys like Nathan Shelton, who had been riding a 125 all year. didn’t get the chance. But Malin was a former GP winner, had elite level talent and produced the goods under pressure to win his class and create the foundation for GB’s legendary win that year.

23 years later Searle is in a very similar position, and like Malin, he has elite level talent and thrives under pressure with his strong mentality. With Anstie, Wilson and Searle, Great Britain have a shot at not just getting on the podium, but being in contention for the win on home soil!

Andy McKinstry: “Absolutely, I am glad Mark Chamberlain has taken the decision to pick Searle for the MX2 slot on team GB. The team has only been announced a few hours and I have already saw a lot of people question the decision to select Searle. Did anyone take any notice of his speed in Switzerland? He had top ten speed and ended up fifteenth overall in which was his first GP of the year. Considering how stacked the class is that’s pretty impressive. With four GP’s left he should be good to go by the time the Nations comes around.

I can understand to an extent why people wanted Ben Watson or Conrad Mewse selected as it would give them a taster of the event and prepare them for the future. However, the occasion could just be too much to handle considering the event is in their home country which adds even more pressure to perform! I rate them both highly and their time will most certainly come, perhaps maybe even as soon as next year.

With Searle they have a guy that’s raced the event plenty of times in the past and knows exactly what to expect, the occasion definitely won’t get the better of him. He tends to step up his game for the Motocross Des Nations and is a very good MX2 rider. Let’s not forget his last MX2 GP at Matterley Basin he did beat an incredibly fast Jeffrey Herlings after all!

I feel like Chamberlain’s toughest decision was in the Open class where he had to decide between Dean Wilson or Shaun Simpson. The fact that Simpson has been out injured and isn’t back to the races yet is probably what made him decide with Wilson who is having a very good season himself.

Even if you don’t agree with the team that’s been selected hopefully can accept it for what it is and get behind all three riders selected, this could be the best chance of a podium finish in years!