Talking Point: Is De Dycker the right man for Belgium? 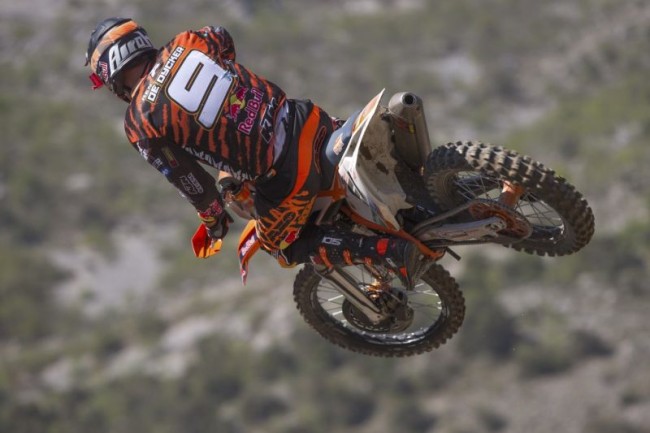 Andy McKinstry:  It has now been announced that Ken De Dycker will replace the injured Kevin Strijbos and race the MX1 class for Belgium at the Motocross of Nations. Is he the right man for the job? Honestly, I wouldn’t have picked Kenno, he is just back on the bike and we don’t know where he will be at with his speed when the nations comes around.

The MX2 class is seriously under rated, if I was Joel Smets I would have gave Brent Van doninck a 450 and put him in the open class with Jeremy Van Horebeek in the MX1 class. Brent is a big guy and also very strong, he will suit a 450 no problem in my opinion and would have had the same amount of time to prepare that Ken.

For people that think that Brent is only a good sand rider, maybe before this year I would have agreed that he needed to improve his hard pack riding. However, this year he has been brilliant as a rookie in MX2.  In Italy he finished seventh and fifth, He also backed this up with a sixth place finish in Sweden, he is fast in hard pack. He will now be more confident than ever as he got his first overall podium in Assen so I expect him to be even quicker in Mexico.

Also, with Ken or Brent I don’t see Belgium seriously challenging to win the event. Due to this I would have given the younger rider the chance to ride for his country, it would mean Brent would be more prepared in the future for the event and it would bring less pressure with it.

The problem with Brent is that he currently isn’t 100% fit himself as he damaged his knee at the British gp and needs to get an operation after the season but it doesn’t seem to be bothering him with his riding. However, will Ken De Dycker even be 100% fit for the nations? Let’s hope he makes a return in Mexico so we can see where is at with his speed.

To be fair to Ken this could be his last ever professional race/nations (there are rumours that he will retire at the end of the season) and because of this he will be very motivated. He is very experienced and knows what it’s like to ride for Belgium at the Nations so that could help him. As he has a factory KTM ride he will also have a great bike for the event. If Ken doesn’t want to retire at the end of the season then he knows he will have to put two good rides in at the Nations to stand any chance of a good MXGP in 2016!

Can Belgium podium with Ken De Dycker? It will be interesting to see but it is sad that Clement Desalle and Kevin Strijbos will both miss the event, with those two they would be my favourites to win the event!

Jonathan Mccready: I think either Ken de Dycker or Brent Van Doninck would have been a good choice (as would Steve Ramon). But if I had to chose I would, like Joel Smets, have went with De Dycker. Ken has the experience, he helped Belgium win the event only two years ago and is proven on a 450. He has a month to get ready for the race and with two GPs before hand he should be up to speed.

If Belgium have any chance of winning I think De Dycker needs to be in the team because on his day he can run with the best. De Dycker usually raises his game at the Nations as well, and, if he is looking for a ride next season he has even more motivation. Joel Smets has given De Dycker his backing and I expect Ken to appreaciate that and give his all to perform at the highest level he can in France.

De Dycker has already shown his speed by winning his first moto back at Belgian championship and now just needs to get his race fitness back. Both Jeremy Van Horebeek and Julien Lieber also know what Ken is capable of and they all know their chance of a podium and a win have increased if Ken brings his A game and that adds to the motivation of the team.

Brent Van Doninck will no doubt get his chance in the future, he has had his first podium now and he has the talent to push on from there and represent Belgium many times in his career. This has been his breakthrough season and the fact he people are saying he should have been on the team show how far he has come in 2015. Don’t be surprised to see the talented Belgian pushing for a place on the team next year, especially for MX2, he could be a revelation in 2016 if he can get through the season healthy.