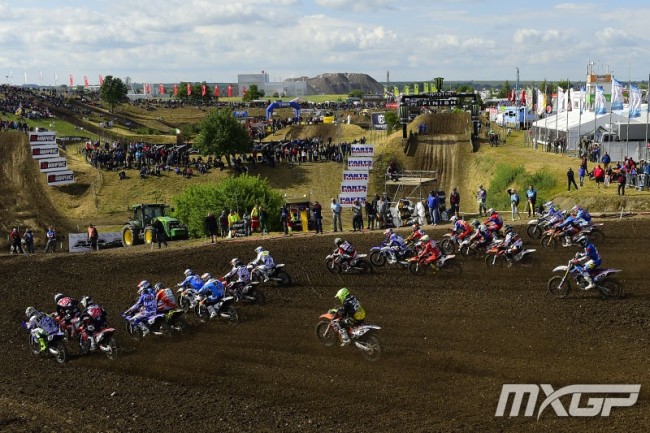 The latest changes to the MXGP series include a, believe it or not, the potential of an indoor round in Germany next season.

So will that be a good or bad move? We try and decide!

Jonathan McCready: Initially I thought it was a stupid idea. Motocross is outdoors and this would take away the purity of the championship. But then as the reality that this might just happen sunk in, I took a step back and realised, it might be worth giving it a shot. If it doesn’t work then just take that round off the calender the year after! No harm, no foul.

MXGP is the biggest and toughest motocross championship in the world, but as with any outdoor sport held away from main cities, it will can only get so big. An indoor motocross race, (it won’t be a supercross track) might just give the people who would never go to a regular GP a chance to see the sport in a much more comfortable environment. It will bring the glamour of supercross, the potential for more fans and a new fan base. All the above will give the teams more exposure and help the World Championship grow even more.

Of course there are details to be worked out such as; the length of the motos, the design of the track, will 30 – 40 riders be able to race at once on a smaller circuit? But after initially dismissing it, I am now curious to see how it would work and if it would work.

But would it feel like a real MXGP round? I’m still not sure, but is there any harm in trying something new and different? MXGP is already the most diverse series in terms of tracks, this would only add to diversity!

Andy McKinstry:  So, the latest paddock talk is that there could be an indoor MXGP race in 2016. I am not going to lie but I am very sceptical about this but the more I think about it then the more interesting it is. My first thought was, would it be Supercross track? That really worried me because it’s the World Motocross Championship and a Supercross would not be suitable in my opinion. Thankfully, Giuseppe Luongo has confirmed it won’t be a Supercross track.

The reason I am so sceptical is because I love motocross and proper motocross tracks like Maggoira, Valkenswaard and Teutschenthal etc. We currently have the oversea GP’s which offers diversity to the GP campaign as them tracks are different from the European style which is important because it’s important for the World Championship to go all around the world and not just in Europe. As the oversea GP’s are different is there really a need to have a round in a stadium in 2016? I am not so sure and a lot of things could go wrong.

I mean, it’s hard to imagine a big enough indoor track to allow four moto’s which would last thirty minutes plus 2 laps, the races and practice sessions would probably have to be shorter than usual which doesn’t really appeal to me. They will need to get this right though because if they are on the track too long it could get dangerous and the riders safety needs to be considered, a lot could go wrong here, it seems risky.

However, having said that Giuseppe Luongo is always talking to the teams and getting fresh ideas to improve the series. The teams are on-board with these plans to have a race in the stadium – the facilities should be good and suitable for the teams.

If this is going to happen then it’s supposed to be happening in Germany, if this means that Teutschenthal is not on the calendar then that would be disappointing. – that’s a cool track and I would rather see it on the calendar.

Another thing that needs to be considered is will they be able to attract enough spectators to the event, it won’t look good for the sport if a lot of seats are empty. However, if they build a good track that’s not dangerous for the riders and able to fill out the stadium then it could work and be a successful event. It could make MXGP more appealing for the future. It will be interesting to see if this will happen and if it does then I really hope it works and it’s a successful event!