Talking Point: How will Herlings do at Ironman? 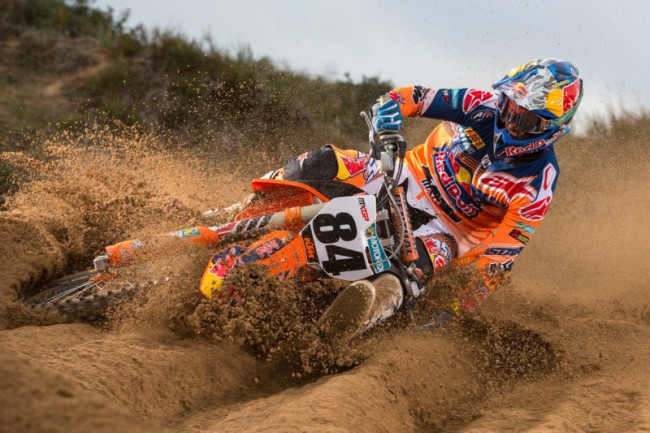 Jonathan McCready: Jeffrey Herlings racing adds a bit of excitement to the final round as the 250 title is wrapped up and Tomac, barring a disaster, should be able to win the 450 title. Herlings was of course going to race a 250 national a couple of years ago before he broke his leg, so this will tick a box for Herlings, as he gets to finally ride an AMA National.

Herlings has nothing really to lose with Cairoli 101 points ahead in MXGP and since he will be there anyway training with Aldon Baker in preparation for the USGP, it is the perfect opportunity.

Can he win? Of course he can, on his day he is the fastest rider in the world, but racing Americans in their own country on their own track is different than racing them in the world championship. We all know how incredibly fast Eli Tomac can go, especially on those big, wide, loamy and fast American circuits but will he go all out in the first moto with a title on the line? That battle might have to wait to moto two if Eli wraps it up in the first one.

Blake Baggett is no slouch either and Marvin Musquin, a former teammate and rival of Herlings’ in MX2 GPs, is on brilliant form and will be on pace too – he won’t want Herlings beating him!

Herlings also only has two 15 minute sessions to learn the track, although doing press day will help him learn the circuit.

Whatever happens it’s great for the sport and it has generated a lot of interest from fans, but I don’t think the US riders, especially Tomac and Baggett, will want Herlings winning in their national championship and their style of track. The odds are against him but with his talent, it wouldn’t be a surprise to see him at least lead some laps and challenge for a podium if not the win if his starts are there.

It will also lead the story nicely to the USGP, giving a chance for whoever wins or loses at the AMA round a chance for some revenge, this time over a two-day race format!

Andy McKinstry: “The last GP rider to race an AMA National was back in 2014 Shaun Simpson when contested at Unadilla and finished fourth overall. There is no questioning Jeffrey Herlings’ speed, I’d be surprised if he doesn’t at least podium this weekend.

However, can he win? Well, Herlings starts this year have been questionable but to his defence they have been a lot better recently so that’s encouraging.  Eli Tomac starts aren’t great either so both might have to work their way through the pack this weekend! Also, Tomac might not risk much in the first moto because he won’t want to do anything stupid and lose his title. If he clinches the title during the first moto expect him to put everything on the line in the second moto to beat Herlings, he won’t be happy if Herlings beats him fair and square.

The other factor is how Herlings will adapt to the heat, everyone saw how he struggled to deal with the heat in Ottobiano but he was sick coming into that event to make matters even worse.

Honestly, for the win this weekend I think it’s going to be between Tomac, Musquin or Herlings and that’s my predicted podium too. The win will probably depend on who get’s the start but it’s going to be hard to beat Tomac in his own backyard. I predict that Herlings will just come up short and end up second overall. One thing for sure – it’s going to be exciting to see Herlings take on America’s best in their own backyard”.