Talking point: Have KTM taken their eye off the ball in MXGP? 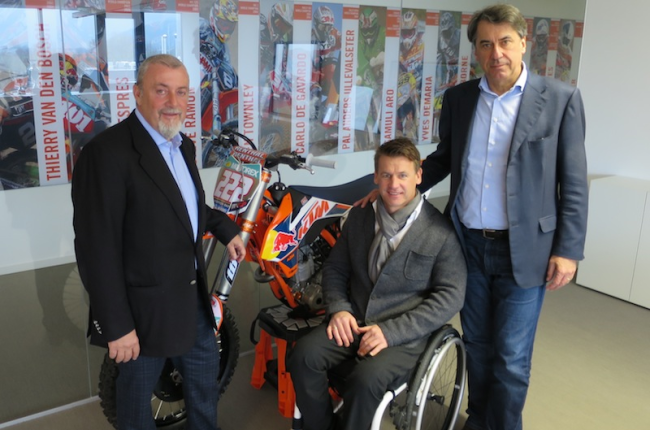 It hasn’t been a good last couple of years for KTM in the world championship. Antonio Cairoli lost his crown in MXGP to Yamaha and Romain Febvre while Jeffrey Herlings lost his MX2 crown to Tim Gajser and Honda.

Now this season Gajser and Febvre are 1-2 in MXGP while Cairoli struggles to keep pace and KTM’s fastest rider, and probably fastest rider in the world, Jeffrey Herlings is still in MX2, allowing Honda to lead the most prestigious motocross championship in the world, MXGP.

KTM’s decisions have been bizarre in the last few years. Keeping Herlings in MX2 was the first mistake, KTM got greedy and wanted both titles year after year. But surely it made more sense to concentrate on MXGP and have the two main riders in premier class, if Cairoli gets hurt then you still have a dog in the fight with Herlings and vice versa. And Pauls Jonass is more than capable of being a world title contender himself in MX2 for KTM anyway!

KTM got complacent and now they are paying for it, they relied on one rider in each class to get the job done. So much so that they let both Gajser and Febvre go to rival manufacturers and win titles for Honda and Yamaha respectively at the expense of KTM. Now they are 1-2 in MXGP.

Febvre rode for Husky in MX2 (owned by KTM) but they chose not to sign him for MXGP despite the Frenchman finishing third in MX2. That has since turned out to be a massive mistake, especially since Febvre has recently re-signed for Yamaha. Similarly Tim Gajser was with KTM in his first year in MX2 but KTM let him go and Honda wisely invested in his talent with a five year deal. Now that decision is coming back to bite KTM as well.

Honda have been the ones investing in MXGP and it is paying off, three riders in the top four at the British GP and Gajser leading in his rookie season by over 70 points. KTM used to be doing what Honda are, they used to spot talent and do what it takes to get the best riders on board. Now they are falling behind after resting on their laurels with Cairoli and Herlings.

It seems KTM’s focus has been more on America and winning a supercross title, as well as focussing on MotoGP but while they have been successful in America and gaining momentum in road racing, things have been unravelling in their core business, MXGP.

Maybe these last two years will be a wake-up call for KTM, rumours suggest they have already signed talented Belgian Jago Geerts to the factory team as they get back to their policy of signing the best young riders. But at the top end there is not doubt poor decisions have been made and even a company as successful as KTM can’t afford to get into a comfort zone and think they have made it.

The competition is fierce, the other manufacturers are stepping up and KTM have to re-set and go again in MXGP before they get left behind. Herlings’ deal is up at the end of 2017 and you can imagine the money other manufactures will throw at him. Herlings is KTM’s last remaining golden ticket, having lost Roczen, Febvre and Gajser they surely can’t afford to lose the Dutchman to another manufacturer. He is their key to future success.

KTM have some big decisions to make in the next couple of years to reclaim their number one status in MXGP. Let’s see if they can re-focus their efforts or if MXGP will continue to slip behind in their priorities.