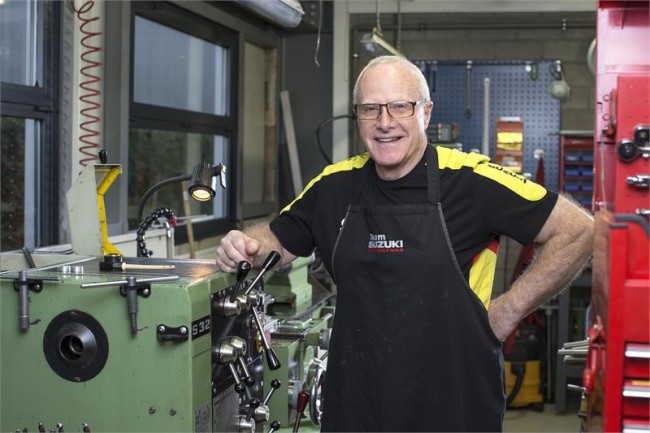 Sylvain Geboers passed the Suzuki World MXGP reigns and his life’s work over to Stefan Everts six months ago, moving himself into the background, but he has had a front-row seat witnessing ‘The Legend’s’ impact in the team.

It is great to see my previous staff in full action and all working well with new management of Stefan and Kelly. It is not easy to start management of a team with the first races being overseas, but it was great to see the outcome. How the team presence was in Qatar, Thailand and Argentina was very professional, the team had the perfect set-up, giving them the feeling of working from home. They had all the practical facilities on-board to do a great job and it showed strong management from Stefan’s side. The staff had worked day and night to make that set-up work and to get it finished in time. The team has really brought it all together and made the vision happen.

The MXGP team has been so unlucky this year in rider’s presence; we had illness and injuries for Ben Townley and more injuries for Kevin Strijbos and I’m sure it gave Stefan some sleepless nights. But I’m confident he can manage. Also, I have ‘gotten to know ‘BT’ for the last couple of months and really regret not working with him when he was at his highest level. It is too bad, he is such good guy to work with and is so professional; a very nice person.

The work in the MX2 team is also paying off. Jeremy Seewer has been the surprise in the paddock, scoring podium after podium and it looks like he will finish as runner-up in the championship. I’m sure that a very interesting future lies ahead for him. I’m sure to follow it from close by. And Bas Vaessen has been making such good progress this year. He is really showing his legs in the EMX250 class; I’m happy Harry and Stefan helped him to reach the next level in his career. And Brian Hsu is such a natural talent, but he has been held back by injuries this year. I’m sure, however, that he will have a great future.

What I have learned since Stefan came in, is that there is the need of change after some time. Due to my age and long-term leadership, a new wind had to blow through the team, to freshen it up and to shift into a higher gear. I’ve also seen first-hand what an impact a legend like S72 has on all involved parties. Time shall tell us what the change in approach of Suzuki will be. With return to dominance as the underlying slogan, I’m positive this change will bring forth good things.