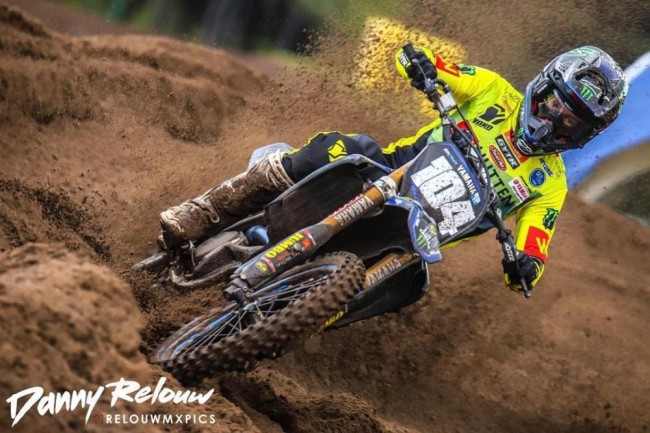 One of the pre-season favourites for the EMX250 title, Jeremy Sydow, will now not be racing this weekend after an injury at Arnhem.

Yamaha revealed that the pancreas injury sustained at the warm-up race last weekend in the Netherlands will unfortunately rule the youngster out of the opening round at Matterley Basin in a big blow to rider and team : “The Hutten Metaal Yamaha Official EMX250 team will be lining up two exciting young rookies in the form of last year’s EMX125 Champion, Andrea Bonacorsi, and Dutch prodigy Dave Kooiker. At the same time, the third of the Hutten Metaal trio, Jeremy Sydow, will not participate at the opener due to a pancreas injury that was sustained at a pre-season race in The Netherlands last weekend.”