Suzuki ready for final MXGP of the season! 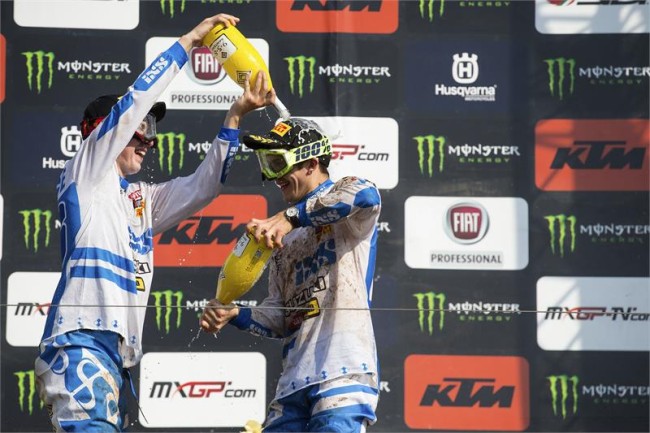 The final round of the 2017 Motocross World Championships takes place this weekend at the Villars-sous-Ecot track in the Pays de Montbéliard region of south-eastern France. Previously seen in the 2015 season, this is a typically old-school hilly track and provides a completely different challenge from Assen last weekend.

Kevin Strijbos and Hunter Lawrence both head down there looking to finish on a high note with two good motos, while Jeremy Seewer also has the slight possibility of championship glory. Joining Seewer and Lawrence in the MX2 class is Frenchman Zach Pichon, who will be once again moving up from the EMX250 Championship for the weekend as he did in Switzerland. Unfortunately, Arminas Jasikonis and Bas Vaessen will continue to sit-out with their respective hip and collarbone injuries.

After his season-best performances in the Netherlands Strijbos is hoping for more of the same at a track he’s ridden quite a lot in the past: “I used to ride there for testing many years ago and the track was really old-school, which I really liked. Two years ago I saw the race on TV and it looked like they completely changed the track and I heard many people don’t like it now. It’s a really hard track but we will see now, it’s the first time I go there since they changed it so maybe I will like it, maybe not. I just hope I can end the season strongly and go out and put in a good last round of racing.”

With an outside chance at the MX2 Championship title, all Seewer can do is win the GP and hope other results go his way at a track that he wasn’t too impressed with two years ago: “Honestly I was riding there for the GP back in 2015 but it wasn’t prepared too well. It was quite rocky, no ruts and not so technical so I hope it’s better this time around. Normally it’s a nice place and a nice track and it’s not too far from home so I hope a lot of Swiss spectators show up to cheer me on. Obviously it’s the last round and I still want to try and win the GP and finish the season on a high note in that respect.”

Once again it will be a brand new experience for Lawrence, but as always its prospect he relishes: “I always like going to a French GP; I’ve only been to one but it was a cool experience with some crazy fans. The track looks ok, quite hilly, a lot more hard-pack than the one in Assen so I just hope I can get a good result and have a good feeling on the track to end the season performing well.”

For Pichon, it’s another chance for him to impress people in the tougher MX2 class in front of his home supporters. While the level is higher, the increase in track time is something that General Manager Stefan Everts had previously given as the main reason for the promotion. With Vaessen not able to ride, the space is there under the awning and it will prepare the youngster for upcoming seasons in the MX2 division.

So, after 18 gruelling rounds, the four Suzuki World riders are hoping to put in one last big effort to make sure the season ends on a high point, in what has been a season full of positives.