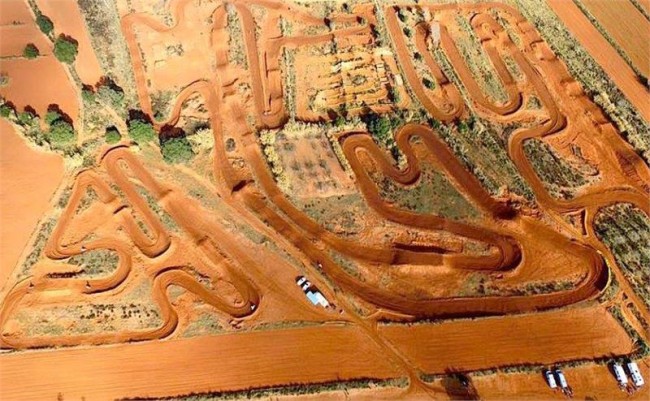 Team Suzuki World MXGP and MX2 have partnered-up with the RedSand MX Park in Spain for the 2016 MXGP season.

RedSand is one of the best motocross training facilities in Europe, providing a variety of different tracks on the Spanish coast near Valencia where good all-year weather conditions are ideal for the teams and riders to prepare for the season ahead.

Both MXGP team riders Kevin Strijbos and Ben Townley and the MX2 team – Jeremy Seewer and Bas Vaessen – have been putting their RM-Z450 and RM-Z250s to work over the past couple of weeks, training hard at the three tracks at RedSand under the watchfull eye of General Manager Stefan Everts. Said Everts: “I’ve been coming to RedSand and Benicassim for more than 10 years now. The weather is always nice and the facilities here give you the chance to have the best preparation during the winter months under blue skies.”

While half of the team is working hard at the workshop to get the bikes finished for the start of the season in Qatar at the end of February, the other half has been supporting the riders in Spain. Said Strijbos: “I’m happy that we came to RedSand; the motocross park is great. The tracks are always well prepared and I feel like I’m having the best prepartion for the long MXGP season.”

Team mate Ben Townley is also impressed with the high standard and preparation of the tracks: He said: “The way that they prepare the dirt, it creates some great lines in the corners which is really good practice for me at the moment to build-up my speed. I have been loving every minute riding here.”

Both Suzuki teams will be heading back to Belgium next week to start preparing for the first international race of the season, the Hawkstone Park International in the UK, on February 7th.